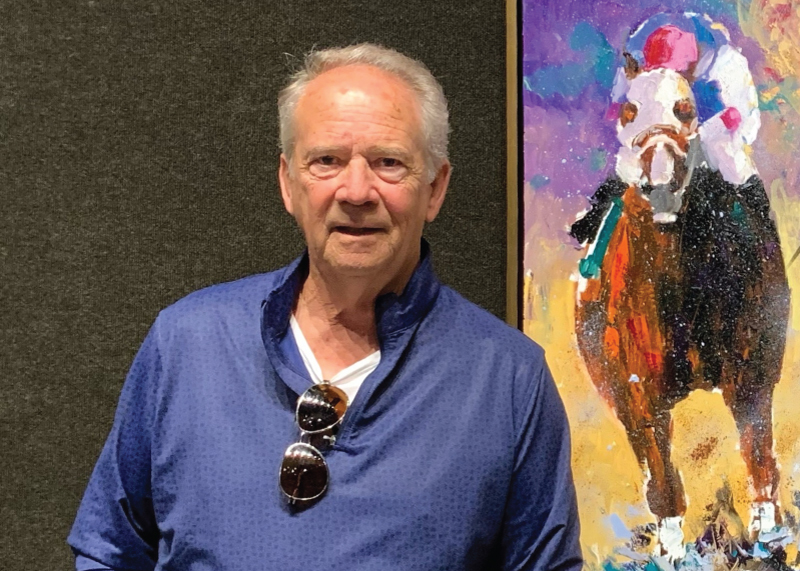 SAAC welcomes central Arkansas watercolorist and oil impressionist Bob Snider and his exhibition “Horses, Ducks and Other Paintings that Men Like” to the Price and Merkle Galleries October 5 – November 29. There will be an artist’s reception on Thursday, October 6 from 5:30pm-7:00pm.

Born in Smackover and raised in Camden, Bob was a double major in both art and business. “I was the only art major on football scholarship at Ouachita Baptist University but got a second major in business just as a backup plan.” He made the decision to follow the business path early in his career. Following two years as an officer in the US Army, Bob worked in the US Senate as a Special Assistant to US Senator John L McClellan and then had a thirty-year career as an investment banker for Morgan Keegan in Little Rock.

After a long career in business, Bob returned to his love of art as his lifetime passion. He started out in a water media class at the Arkansas Arts Center and had early success in early exhibitions with Mid Southern Watercolorists. “Being able to take at least two workshops at MSW taught by world-class artists jump-started my career.” It was at a workshop with Barry Thomas that someone asked him if he had ever tried oils. “So the next day she provided me with oils, brushes and a palette, and I approached the scene on the Arkansas River just like a watercolor. The painting sold the next week.”

Bob has taken and taught workshops in Italy, France and in various locations in the United States. Bob sells his paintings in local Little Rock galleries as well as in Colorado, California, Georgia, and Florida galleries. Additionally, he donates his art to various charities including the Arkansas Arts Center, the American Heart Association, CARTI, and Arkansas Children’s Hospital. “It took me a while to figure out that ‘my lane’ was to paint subjects that guys like. So I gravitate to horse racing, duck hunting, and fly fishing for the drama, action, and outrageous colors.”

for more about the artist visit his website at https://bobsniderfinearts.com