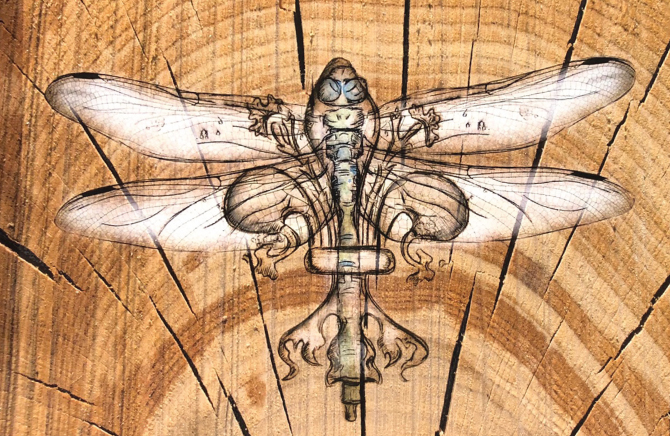 About her art, Alexander said, “In 2001, I purchased a 1974 VW Thing. I then bought a second one for parts and ended up making a sculpture from the front panel. I”m not sure why I was moved to have this little jeep car.” The wrecked car that Candice bought turned out to have previously belonged to her professor, and he wanted it. She continued, “I ended up trading my professor his old wrecked car for a baby printing press…and the rest is history!”

She began her fleur de lis based work in 2006 while living in New York and in Pennsylvania. “A woman commissioned me to design a simple copper engraving of a fleur de lis,” Alexander said. “She wanted to purchase the original copper plate and twelve prints for Christmas gifts. She never picked up her $300 order, which was exactly the amount that I needed for rent.

“In the Lafayette Mall in 2007, I sold the original 12 prints and nearly 200 black and white prints from the original engraved plate. Thus began my journey into “Fleur de Lis – Worlds Within” series. . .all thanks to a commission gone bad.”

For over 12 years, Candice has been crafting Louisiana inspired art, which is collected nationally and internationally. Her inspiration is the fleur de lis, which she transforms into a myriad of subjects, mostly pertaining to Louisiana culture and life. She also produces animal portraits of dogs and goats, as well as other pets. 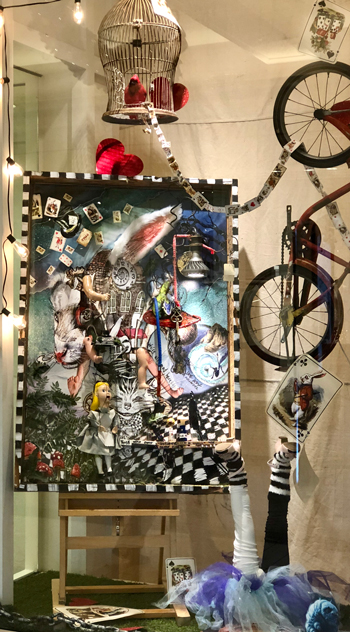 Alexander Art Studio was founded in 2002 in Lake Charles, Louisiana. With over 300 fleur de lis designs inspired by Louisiana’s rich culture, the work speaks to the diverse colors of the Cajun, the roughneck, the Creole, the hurricane survivor, the swamp rocker, the rice farmer, the Mardi Gras Queen and the jazz musician. The “Fleur de Lis – Worlds Within” series began in 2007 and captures the essence of the artist’s native community.

“For me,” Alexander said, “Art is pure expression and reflection. I hold so much gratitude for life and exploration and sharing passion and merriment through my soul- with my hands- and to have people truly love what I do. Maybe it’s the plans and the fans and the excitement. Maybe it’s something beyond us that listens. To be who we want to be and to create things we love. I’m truly blessed and honored that the work I create is not only seen, but felt.”