SAAC is hosting open call auditions June 1-3 for our 2019 Summer Musical production of “The Hunchback Of Notre Dame,” based on the Victor Hugo novel and Disney film; music by Alan Menken; lyrics by Stephen Schwartz; Book by Peter Parnell.

Acting the Song Workshop • 1-4pm
The art of acting…while singing! Explore the story at the heart the song. 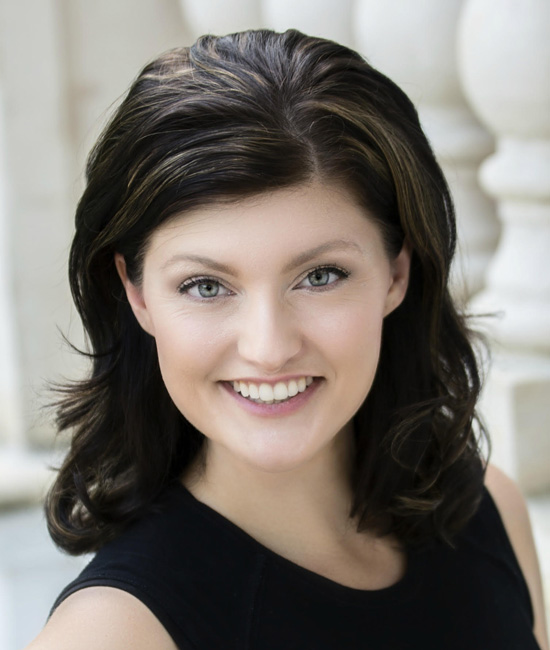 Kristen Blossom holds an MFA in Acting, from the FSU/Asolo Conservatory, which has been rated one of the top 25 Drama Schools in the world. She is currently the Assistant Professor of Acting and Directing at Louisiana Tech University. As a member of the Actors Equity Association, she has extensive experience performing and directing on stages all over the country.

The Hunchback of Norte Dame is the retelling of Victor Hugo’s original story. It is done through a sensitive mixture of classical singing and the imaginative sound of pop music. This is truly a show for every vocal type, and often the two types are juxtaposed to thrilling effect, painting a picture of Paris in the late 1400’s. There are both classic Disney tunes interspersed throughout the show, as well as brilliant new material added for the New York Production.

The Cathedral Choir is a character in and of itself. The music written for this particular ‘character’ is beautiful, challenging, fun to sing, and meaningful. Many times the chorus will expose a theme, and it will be presented in liturgical Latin text. Another character will then show the audience the meaning of the words just heard. The effect of the Choir is that of the Greek chorus set to music by Brahms or the like, so it seems.

The principal and secondary roles are who tie the show back to modern ideas and issues. As much as Sofia Coppola pitted modern music against the look of 18th century France in Marie Antoinette, so too, have Alan Menken and Stephen Schwartz fenced a pop style of singing against a very “classical” sound to create a similar effect, musically.

This is a show for every voice type, range, and level of training. The score takes you and the audience through a beautiful journey out of the darkness and into the light. We’ll see you, as the song says, “Out There.”

Singing: Prepare a song selection in the style of “Hunchback” (in the vein of Les Miserables or a Disney ballad). Be prepared to sing only 24-36 bars. The song does not have to be memorized. Bring the sheet music for the accompanist or a track. (Optional if auditioning to just dance or a non-singing character.)

Acting: Scene readings will only be used at Call Backs. Scene cuts will be available one week before auditions.

SUBMIT A VIDEO AUDITION: Record yourself singing the full song. If interested in Esmeralda or a dance role, also make a video that shows your dance skills. Send an email by May 31 to rehearsal@saac-arts.org with a link where your videos can be viewed on-line and attach resume, head shot, and audition form.

NOTE for DANCERS: If auditioning only to dance in the show, attend the Sunday afternoon audition. If you do sing, please prepare a song, but it is not required. If you cannot attend Sunday, please email rehearsal@saac-arts.org to schedule an appointment with the director.

13 CHARACTER ROLES for 3 women, 10 men Principal roles are Dom Claude Frollo, Quasimodo, & EsmeraldaAll adult roles, 14 yrs & up that can look like adults are welcome
CONGREGATION “ENSEMBLE” of Singers and Dancers: Seeking cast of all ages, heights, physical types, and performance levels, from featured dancers to children. The Congregation will include a few family units, so 3-4 children as young as 7-8 yrs old are needed. All voice types, stylistically, both pop and classical needed. A small children’s choir will be formed from Congregation and Choir. Expect a modern style of dance that uses creativity. Looking for actors and dancers with the ability to tell a story with movement.
THE CHOIR will be made up of community singers. A small children’s choir will be formed from the cast and choir, so we are looking for 5-6 children age 10 and up for the choir. Expect familiar themes from the Disney movie version primarily sung in high church Latin. Difficulty level is easier than oratorio singing, but more difficult than your everyday octavo. Familiarity with singing Latin and playing handbells is a plus. There is no need to attend the auditions on June 2&3 if you are only interested in the choir. The first rehearsal is the Choir Call on June 1. Choir rehearsals will be on Mondays 6-9pm, plus 4 evening rehearsals on June 11-14. Starting July 8th, the choir will begin attending all rehearsals.
Choir Instructions: If you are interested in singing in the choir, please send an email to rehearsal@saac-arts.org with the words “Hunchback Choir” in the subject line so we can have enough music available for rehearsal on June 1, aka Chior Call. Please include your contact information, your preferred vocal part, and if you currently sing as part of a choir, please let us know where.
Click here for a copy of the Information Flier which includes character descriptions, song list, video submission instructions and all the information above.