Artist and educator Gay Bechtelheimer will return to the SAAC stage with a new fall series of “An Hour for the Arts” lectures. Please join us for a brief reception, followed by an entertaining dive into the context, characters, and culture of a variety of art movements. 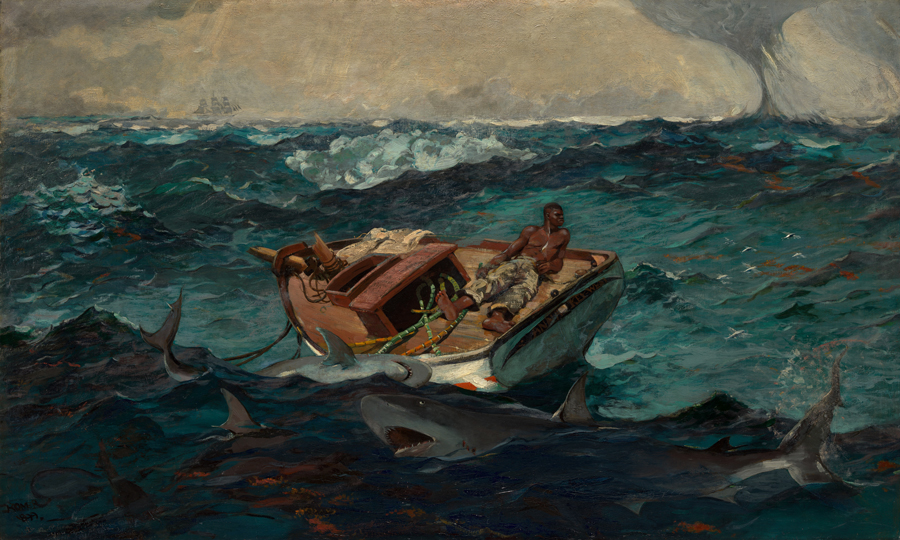 Join Gay as she surveys the events and influencers, the associated artists, and the art historical movements it inspired.

The evening of January 19 will be a special night at SAAC with the focus of Gay Bechtelheimer’s art talk on the American artist Winslow Homer. With his resolute independence and spirit of originality, he is considered one of the most important painters of the nineteenth century. His work figured importantly in developing an American artistic sensibility that was a source of influence for those of his own time and into the 20th century, particularly among artists who did not pursue European inspired trends and sought a distinctly American vision for their work.

“We are excited to offer a fun and creative activity to say thank you to our membership. By offering the lecture series free of charge, we hope to remind our members just what a wonderful community SAAC is, and how much their support means.” Laura Allen

Homer was preoccupied with the power of the ocean, and often made it the subject of his art, whether at home on the coast of Maine or while traveling. The Gulf Stream is named after the strong Atlantic current that connected many of the locales where he liked to paint. Homer based this dramatic scene of imminent disaster on sketches and watercolors he had made during winter trips to the Bahamas in 1884 and 1898, after crossing the Gulf Stream several times. A man faces his demise on a dismasted, rudderless fishing boat, sustained by only a few stalks of sugarcane, while threatened by sharks and a distant waterspout. He is oblivious to the schooner on the left horizon, which Homer later added to the composition as a sign of hopeful rescue. Painted shortly after the death of his father, in 1898, the painting has been interpreted as an expression of the artist’s presumed sense of mortality and vulnerability. The Gulf Stream also references some of the complex social and political issues of the era—war, the legacy of slavery, and American imperialism—as well as more universal concerns with the fragility of human life and the dominance of nature.

Reservations are required. The event is open seating, but we ask everyone to please let us know you are coming so we know that we don't exceed seating capacity. Please join us at 6:30pm for drinks in the gallery before Gay’s presentation.
saacarts2022-12-29T17:18:48-06:00December 11th, 2022|