SAAC invites you to meet the cast of Mamma Mia!

Director Cherrie Sciro and Music Director D.H. Clark invite you to meet the cast of the South Arkansas Arts Center summer musical, Mamma Mia! The show is scheduled to open in July, running from July 14-16 and July 20-24; performances will start at 7:30 pm, with 2:30 pm Sunday matinees.

Sciro remarked that all of the individuals who auditioned were so talented that it made the directors’ job to name the final cast very difficult, but she is thrilled to be working with these individuals this summer.

“It is incredibly exciting to be around people who want to do theatre,” said Sciro. “We have a lot of really new faces, and a lot of people who have never ever done theatre before, and that’s scary, but it’s so darn exciting!”

Sciro continued that Clark and Choreographer Hannah Marsh would be joining rehearsals this week, “I’m excited to get our creative team in here and get started. Everything is exciting right now!”

Mamma Mia! is a jukebox musical, based on the songs of ABBA composed by members of the band. The show takes place on the fictional Greek island of Kalokairi, where 20-year-old Sophie is preparing to marry her fiancé, Sky. She wants her father to walk her down the aisle, but doesn’t know who he is.

Sophie discovers her mother Donna’s old diary and finds entries which describe three men: Sam Carmichael, Bill Austin, and Harry Bright. Sophie believes one of these men is her father, and three months before her nuptials, sends each an invitation to her wedding, writing in her mother’s name without letting her know. All three men accept, and chaos ensues on the island as Donna reconnects with these men and old relationships are revisited. 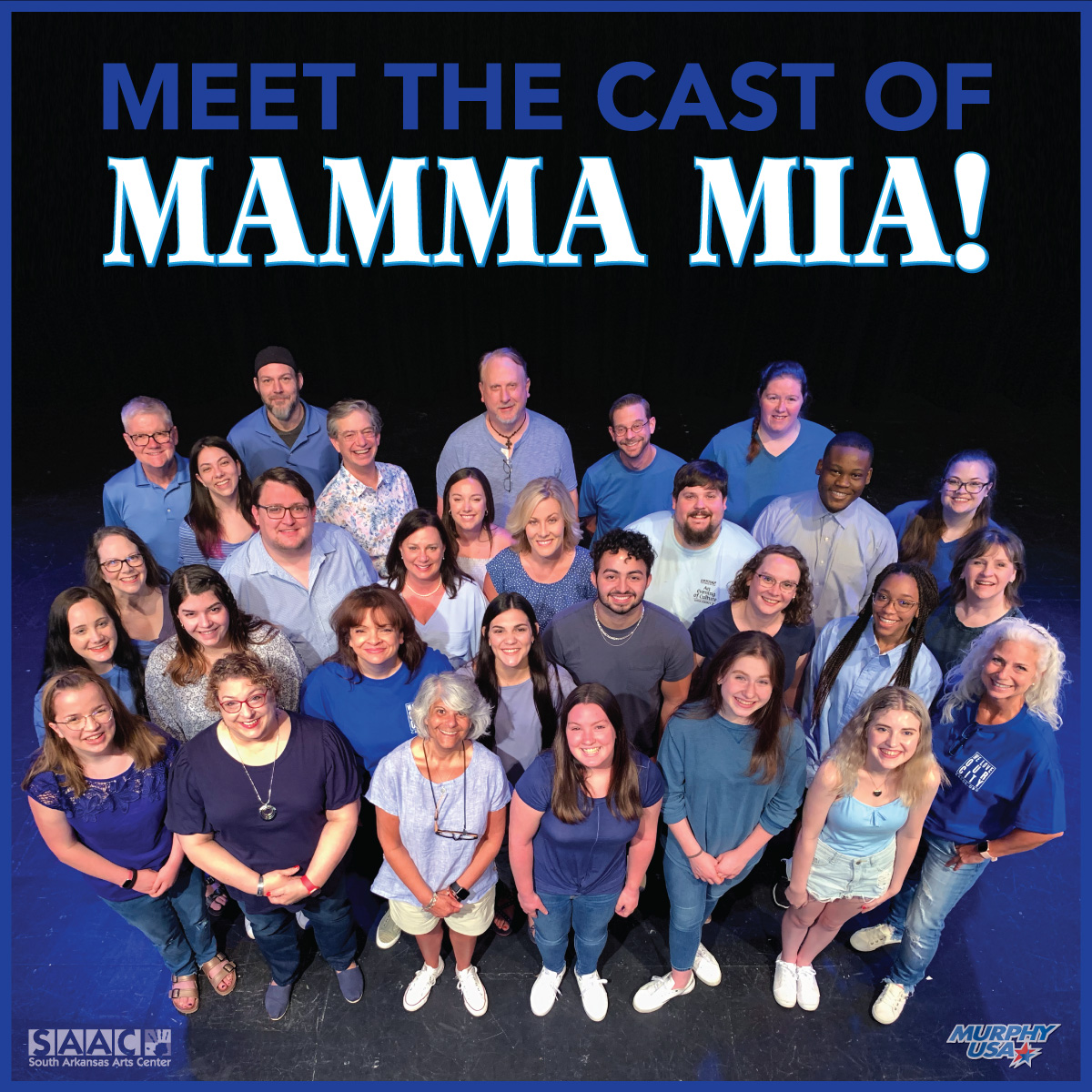