The Theatre Steering Committee will offer an online streaming performance of “Singin’ in the Rain” in the time period traditionally reserved for a live spring production. Recorded live during its summer musical run onstage in 2018, the show features a cast of talented local dancers, singers, and actors performing the beloved songs and famous dance sequences of the classic Hollywood film. Hilarious situations, snappy dialogue and a hit-parade score of Hollywood standards make “Singin’ in the Rain” the “Greatest Movie Musical of All Time”. Each unforgettable scene, song and dance is accounted for, including the show-stopping title number, complete with an onstage rainstorm! The production, made possible by sponsor Murphy USA, will be screened via web through a special arrangement with Music Theatre International on April 16-18.

“Our long-running, volunteer-run community theatre has been put on hold for almost a year now because of the COVID-19 pandemic,” said SAAC’s executive director Laura Allen. “Theatres across the country have been in the same position, and in response, theatrical licensing agent MTI has created the unprecedented opportunity to stream archival recordings of a few select productions. Typically, these are shows that could only be seen live, so the chance to re-watch this production, from the safety of our own pods, is truly extraordinary!”

The show also features Don Lockwood and Cosmo Brown throughout their lives. Meredith Stone and Rusty Orrell can be seen as Don and Cosmo in their Vaudeville years, respectively. Maggie Meyer and Jace Waters play young Don and Cosmo in their childhood years. Rounding out the cast are Hannah Davis, Abby Cate, Brandy Walthall, Savannah Reynolds and Addie Bosanko. 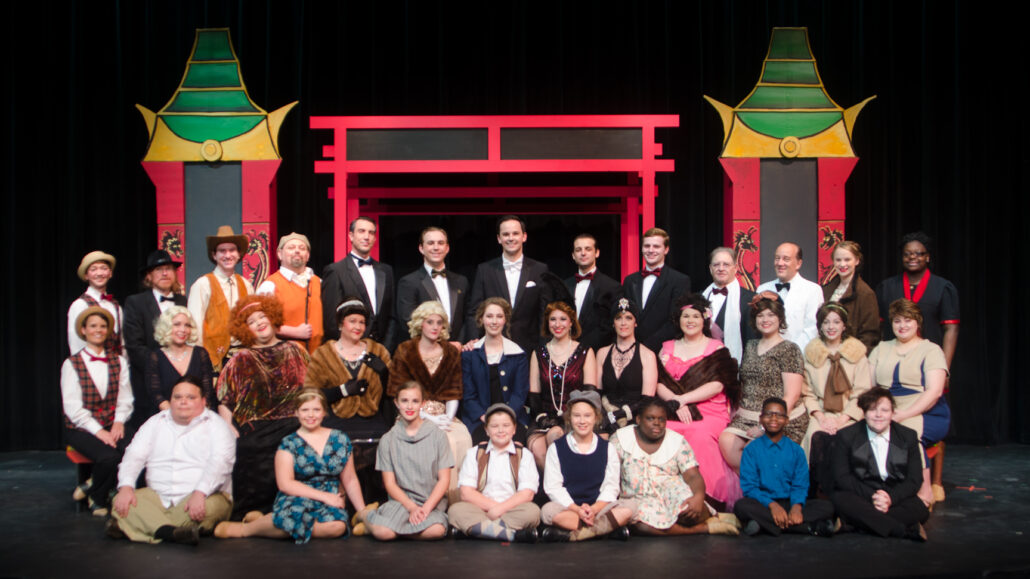 Singin’ in the Rain will be presented for three screenings with show times schedule to begin at the regular time SAAC would have a performance if it were in our theater.
Friday, April 16 at 7:30 p.m.
Saturday, April 17 at 7:30 p.m.
Sunday, April 18 at 2:30 p.m.

The musical will be streaming, but not “on-demand”. The audience will need to watch it live at the scheduled time.