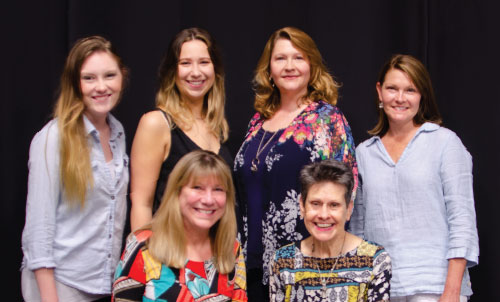 Director Tripp Phillips has announced the cast members of the South Arkansas Arts Center’s upcoming production of Robert Harling’s play Steel Magnolias. Auditions were held at SAAC last week, and the director was delighted with both the quality and quantity of the talented women who auditioned.

Selected for the six-member ensemble cast are Abby Cate as Truvy Jones, proprietor of the beauty salon in fictional Chinquapin Parish, Louisiana. Kaila Emery plays Annelle Depuy-Desoto, an anxious young girl with a past who joins Truvy as the new stylist in her salon. Elva Melillo plays Clairee Belcher, the widow of the former Mayor of the town and a community grande dame who loves football. Haley Phillips is M’Lynn Eatenton, a guidance counselor at the local mental health clinic and the mother of Shelby Eatenton, who is played by Lainey Walthall. Shelby is an outgoing and strong-minded young woman who is about to be married as the action of the play commences. Debbie Strickland plays Ouiser Boudreaux, a senior curmudgeon with an acid tongue and a heart of gold.

“We had almost 30 ladies come out for the auditions, and I could have cast the play successfully several times over,” remarked Phillips. “It’s a compliment to El Dorado and the Union County area that there are so many talented people around – and that they are enthusiastic to share their talents and time with the wonderful South Arkansas Arts Center.”

Abby Cate, a counselor with SAMA, is a veteran local actress who, among many other roles, played the same part of Truvy in a previous production of Steel Magnolias at SAAC. Other roles include Sister Mary Amnesia in Nunsense, Meg in Crimes of the Heart, Vera Charles in Mame, Matron Mama Morton in Chicago, Rapunzel in Into the Woods, and Madame Thénardier in Les Miserables.

Kaila Emery of El Dorado has a long resume of performances at a number of venues and has studied theatre professionally. She was last seen as Sabine in SAAC’s The Three Musketeers, and roles in other theatres include Lucy in You’re a Good Man, Charlie Brown; Mimi in Rent; Julia in The Wedding Singer; Helena in The Mystery of Edwin Drood; and Princess Winifred in Once Upon a Mattress.

Elva Melillo, an employee at Ken’s Discount in El Dorado, is making her debut on the SAAC stage but has appeared in many productions in other theatres. She has appeared in dramatic roles in such disparate plays as No Exit, Oedipus Rex, How I Learned to Drive, Night Must Fall, A Midsummer Night’s Dream, Suddenly Last Summer, Buried Child, Nuts, and One Flew Over the Cuckoo’s Nest.

Haley Phillips, of Junction City, is no stranger to SAAC audiences. Musical credits include Velma Kelly in Chicago, Golde in Fiddler on the Roof, and Nancy in Oliver!. Haley has also played dramatic roles in a number of productions, including Maggie in Cat on a Hot Tin Roof, Marianne in Tartuffe, Laura Wingfield in The Glass Menagerie, and Helena in A Midsummer Night’s Dream.

Debbie Strickland resides in Camden and is making her SAAC debut in Steel Magnolias. She has worked in theatre since her college days and previously played leading roles in children’s theatre productions of Peter Pan, Rumpelstilskin, and A Christmas Carol. Debbie has also appeared in productions of The Women, Leader of the Pack, and Oliver!. For seven years, she directed an annual production of Eight Days That Changed the World in Lewisville, Texas.

Lainey Walthall, a Magnolia native, is employed at Murphy-Pitard Jewelers and holds a BFA in Musical Theatre from SAU. Lainey has a long list of performance credits at both SAU and SAAC, including Holly in Breakfast at Tiffany’s, Esmeralda in The Hunchback of Notre Dame, Dorothy in The Wizard of Oz, Liesl in The Sound of Music, Constance in The Three Musketeers, Amber Von Tussle in Hairspray, and Sookie in 110 in the Shade.

Steel Magnolias is sponsored by Murphy USA.  It will be presented at the South Arkansas Arts Center June 17-20 and 24-27.  Tickets will be available beginning June 1. 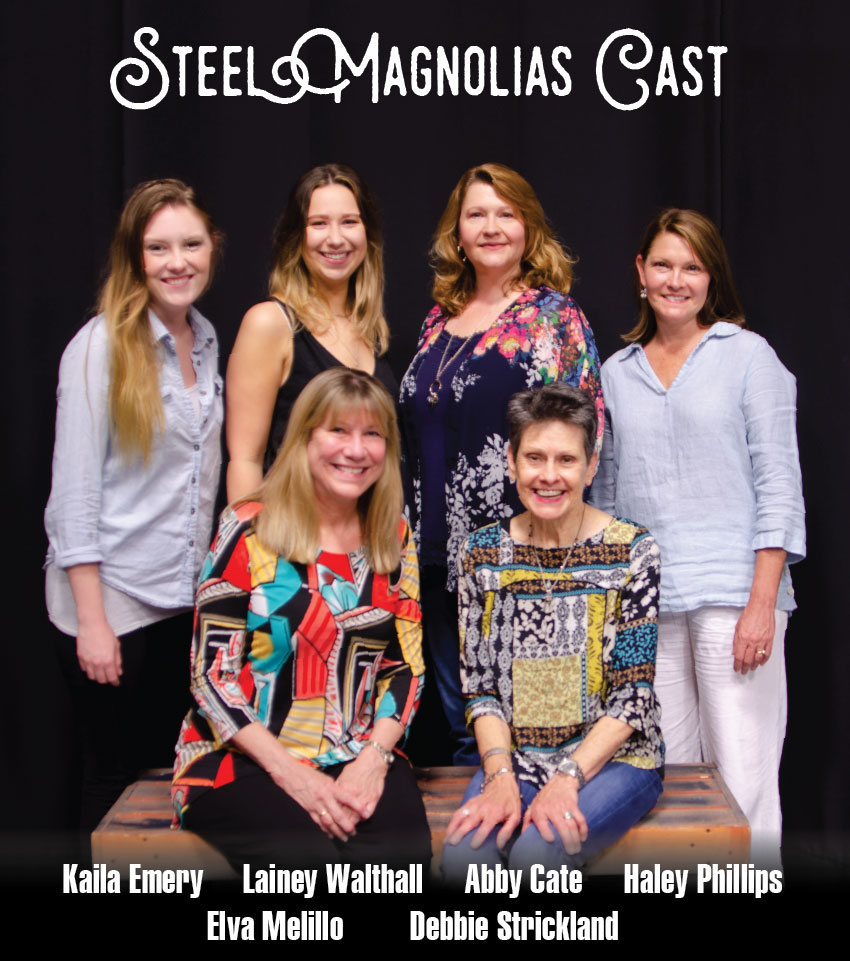