The online box office has closed. Please call SAAC at 870-862-5474 for ticket availability.

A familiar story told as a radio drama onstage, complete with sound effects and music cues, A Christmas Carol begins with the storyteller and his friends discussing the tale they will tell. They decide on an opening line, and the storyteller begins, transforming into the mean and stingy Ebenezer Scrooge as he speaks.

Throughout, the storyteller remains in the Scrooge characterization as the other actors narrate in their natural voices while assuming new voices and dialects, becoming every character in the tale. A Christmas Carol is staged with minimal costuming and a simple set. The actors read from scripts at the three floor microphones downstage while all sound effects and music are performed live. The original Dickens story is all here: Scrooge refuses a Christmas dinner invitation from his nephew, Fred, turns away charity workers raising money for the poor and bullies his clerk, Bob Cratchit. Jacob Marley makes his visit while the sound effects crew shakes chains and the music director plays eerie chords. The Ghost of Christmas Past takes Scrooge to Fezziwig’s party, and we hear the music and the dancing feet on the wooden floor. The Ghost of Christmas Present leads him through the streets of London to his nephew’s house, where he joins, invisibly, in a guessing game, discovering how much fun he can have if he opens his heart, just in time to visit Bob Cratchit’s family and open his heart to Tiny Tim. Finally, the Ghost of Christmas Yet to Come, whose “voice” is provided by the music director’s keyboard, shows Scrooge his horrible fate. Scrooge awakens at home a changed man as he turns back into the storyteller to finish the story and Tiny Tim delivers the final line, “God bless us, every one!” Originally produced by public television station KTWU in Kansas, A Christmas Carol has aired on television throughout North America. 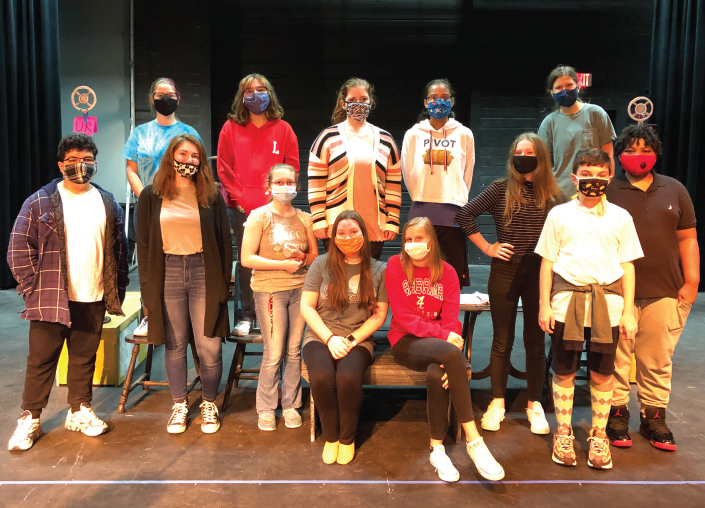 A Christmas Carol: A Radio Play
by Philip Grecian
Based on the Novel by Charles Dickens
Produced by special arrangement with THE DRAMATIC PUBLISHING COMPANY of Woodstock, Illinois