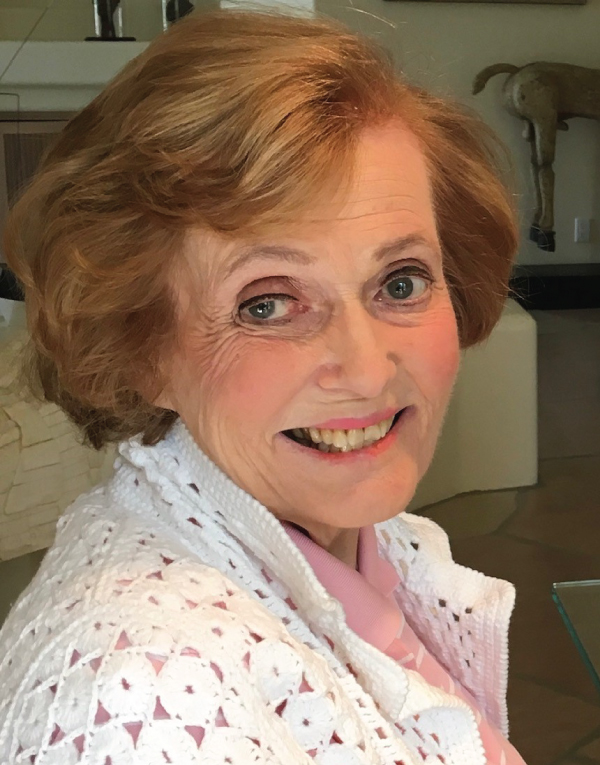 SAAC invites the public to opening night of the hilarious musical “Nunsense,” sponsored by Murphy-Pitard Jewelers. The show will run March 4-6 and 10-12, with reserved seating for 7:30pm shows, except on Sunday at 2:30pm. There will be an opening night reception at 6:30 on Friday, March 4, in celebration of the creation of the Lanatter Fox Theatre Fund. Tickets for the show may be obtained by calling the SAAC office or visiting the online box office.

“Nunsense”, which was first staged at SAAC in 1997, is a hilarious spoof about the misadventures of the Little Sisters of Hoboken trying to manage a fundraiser. Sadly, the rest of the sisterhood was accidentally poisoned by the vichyssoise prepared by convent cook Sister Julia (Child of God). The remaining nuns stage a talent show in order to raise the money to bury their dearly departed. Starring ballet-loving Sister Leo, street-wise Sister Robert Anne, befuddled Sister Mary Amnesia, Mother Superior Sister Regina, and mistress of the novices Sister Mary Hubert, along with Sister Mary Mary managing backstage. With catchy songs and irreverent comedy, “Nunsense” is sure to keep you rolling with laughter.

The opening night pre-show reception is sponsored by the Fox Family in celebration of the establishment of the Lanatter Fox Theatre Fund. Endowed through a gift from Lanatter’s children, Jill Fox Trimble and Keith Fox, and matched by memorial contributions from the community, the $100,000 fund will be used to award annual scholarships to local students to enable their participation in Children’s Theatre.

Lanatter Fox (1935-2021) was an active member of the South Arkansas Arts Center for many years, having served as the President of the SAAC Little Theatre, Program Chair of the SAAC, and a member of the Theatre Division Board of SAAC. She was a teacher for over 30 years, including at Yocum Elementary where she taught 5th grade. She served as President of the El Dorado Classroom Teachers Association and was a delegate for the National Education Association. She and her husband of over 60 years, Herbert Fox (President of Murphy Oil USA), were passionate about visual and performing arts and education. They lived in El Dorado for 35 years prior to Herb’s retirement. Herb passed away in 2017.

According to Jill and Keith, “Lanatter was passionate about her family, career, and the arts. She was most at home in her classroom and at the South Arkansas Arts Center. She spent countless hours raising money, hosting events, and working with the SAAC family. Nothing made her happier than an opening night. We know she’s smiling thinking of the children she is helping and the performances that will continue in her memory.”

SAAC’s box office is open for reserved seating tickets for “Nunsense”, which are available for $25 for opening night. Throughout the remainder of the show, tickets are $25 for general admission, $15 for SAAC members and $5 for students. For tickets, call SAAC at 870-862-5474 or visit the Tickets to the City Online Box Office. 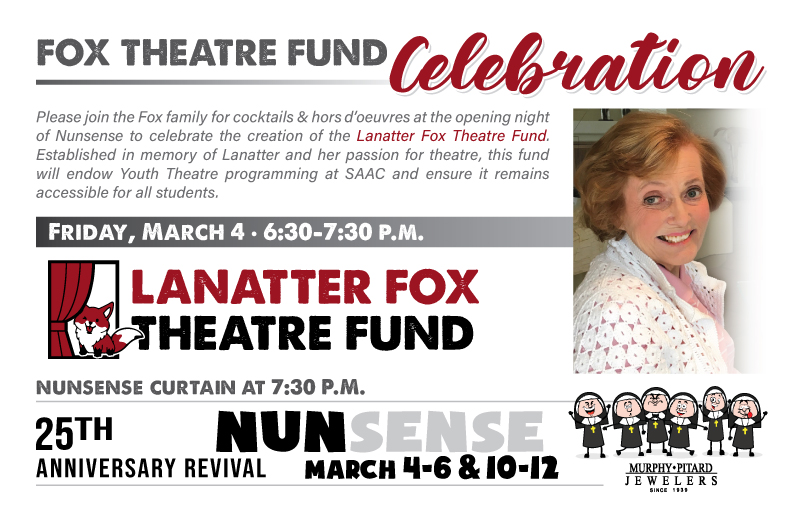