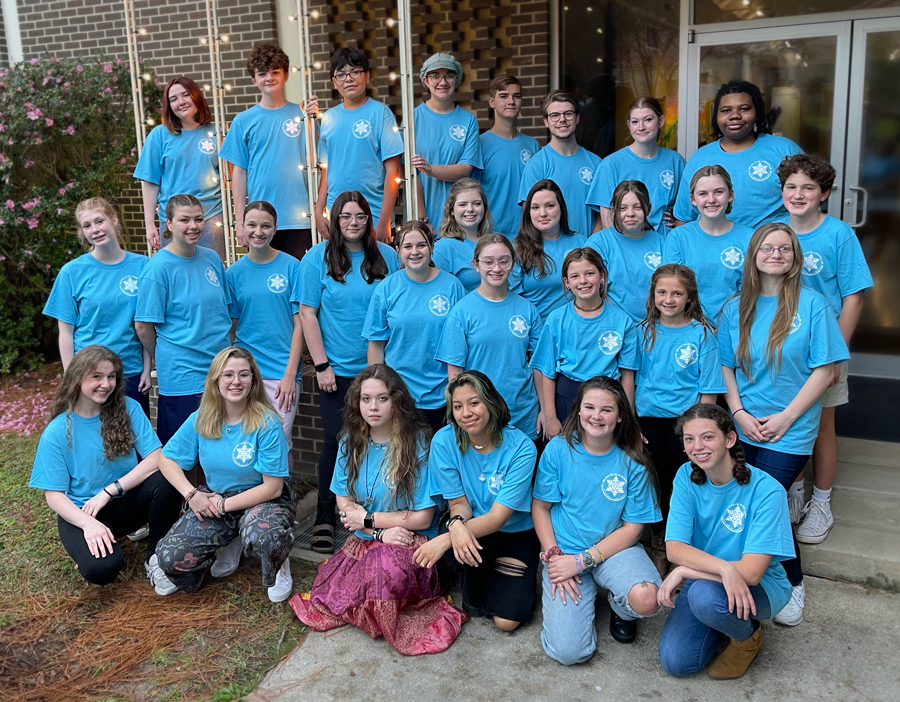 Please join us in welcoming the cast of “Frozen, Jr.”  Based upon the blockbuster Disney film, “Frozen, Jr.” will be presented by SAAC’s Drama Club, comprised of students in the 7th through 12th grades. The South Arkansas Arts Centers production of Disney’s “Frozen, Jr.”, which is sponsored by Southern Airways Express,  opens on December 9 with a 7pm show, with additional performances at 2pm and 7pm on December 10 and at 2pm on December 11.

The beloved musical tells the story of Anna and Elsa, princesses of the fictional Arendelle, and a delightful cast of characters who accompany them on a magical adventure to save their kingdom and free themselves from secrecy and doubt. Filled with show-stopping songs, heart-stopping adventure, and plenty of theatre magic, the production will transport audience members of all ages straight to the frozen North Mountain.

Gunter has only the highest praise for the hardworking cast and crew. ‘“Frozen, Jr.’ has been an amazing journey. COVID canceled us twice, but finally we are here!” she said. “We have an all-star cast with a show-stealing ensemble as well. Always before us have been the faces of young boys and girls who will come to see their favorite characters come to life, and all of our decisions have been based on giving those children the most we possibly can. Even now, we are hard at work to squeeze out every inch of creativity, leaving nothing out so that these children can have a memorable experience.”

The part of Hans will be played by Clay Evers, with Gideon Moncrief as Kristoff, Wiley Taylor as Olaf, and Henlea Stevens as Sven. Additional actors include Maddy Couture as Oaken and Bulda, Maggie Phillips as Pabbie and the Queen, and Alyssa Purifoy as Weselton. At Arendelle Castle, the King is portrayed by Ellis Lyles, with David Valero as the Bishop and Will Legg as the Guard.

“Frozen, Jr.” is presented through special arrangement with Music Theatre International (MTI). For tickets to this production, please call the SAAC office at 870-862-5474 or visit our Tickets to the City online Box Office. SAAC is located at 110 East Fifth Street, El Dorado, Arkansas. 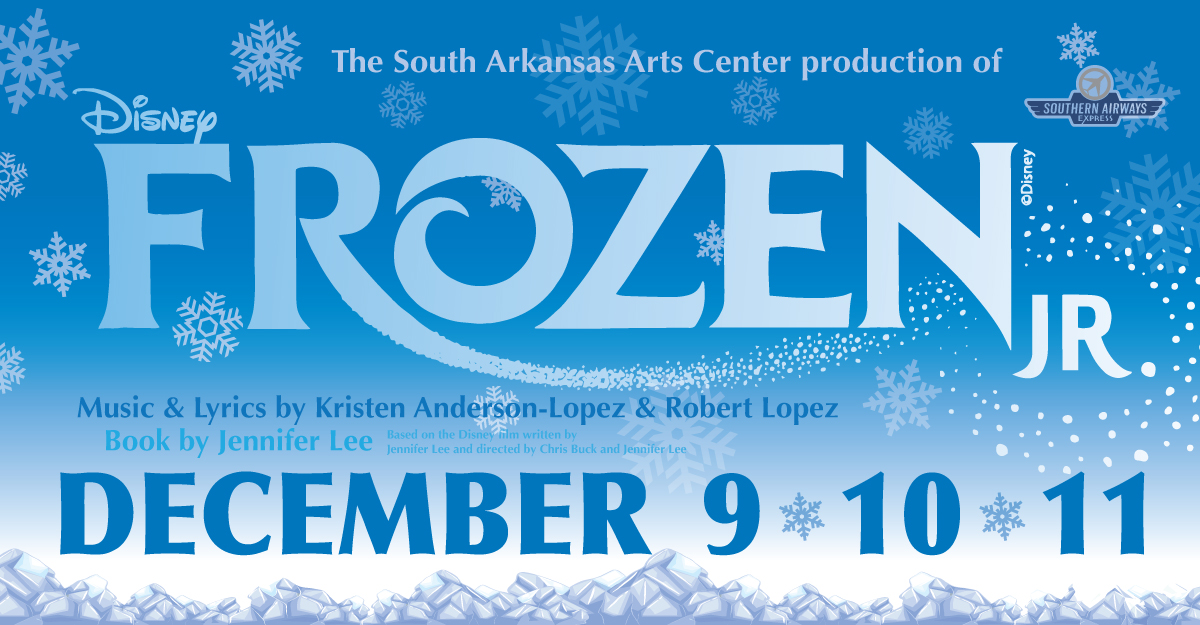