Meet the Cast of Charlie Brown

The theater committee is thrilled to announce the cast for its upcoming production of “You’re A Good Man, Charlie Brown”. Sponsored by Southern Bancorp and Teague Auto Group, the production will run March 1-3, 7-10, 2019 in the Callaway Theatre.

The cast includes Jacarllus Hill as Charlie Brown, the main Peanuts protagonist, who is gentle and insecure, yet so very lovable. Lainey Walthall will appear as Sally Brown, Charlie’s little sister, who is too rambunctious and unreliable and usually needs protection and guidance. Lucy Van Pelt, Charlie’s mean and sarcastic sidekick with an undying affection for Schroeder, will be played by Felice Scott.

Linus Van Pelt, played by Clay Evers, is Charlie’s best human friend, who always means well and tries to smooth over every storm that arises among the gang. Distinguished by his precocious skill at the piano and his love of Beethoven, Schroeder will be played by Jimmy Martinez. Most beloved of them all, Snoopy, played by Abigail Callaway, is Charlie’s constant canine companion.

The small ensemble of singer and support characters rounding out the cast are Addie Bosanko, Tyler Cunningham, Sarah Faith, and Holland Ruff.

About the cast, director Justin Howard said, “I could not be more proud of this cast! During auditions, we had people who we had never seen before come in and thoroughly impress us. There is a good mix of familiar faces with the new ones. I couldn’t have asked for a better cast for my SAAC main stage directorial debut.” 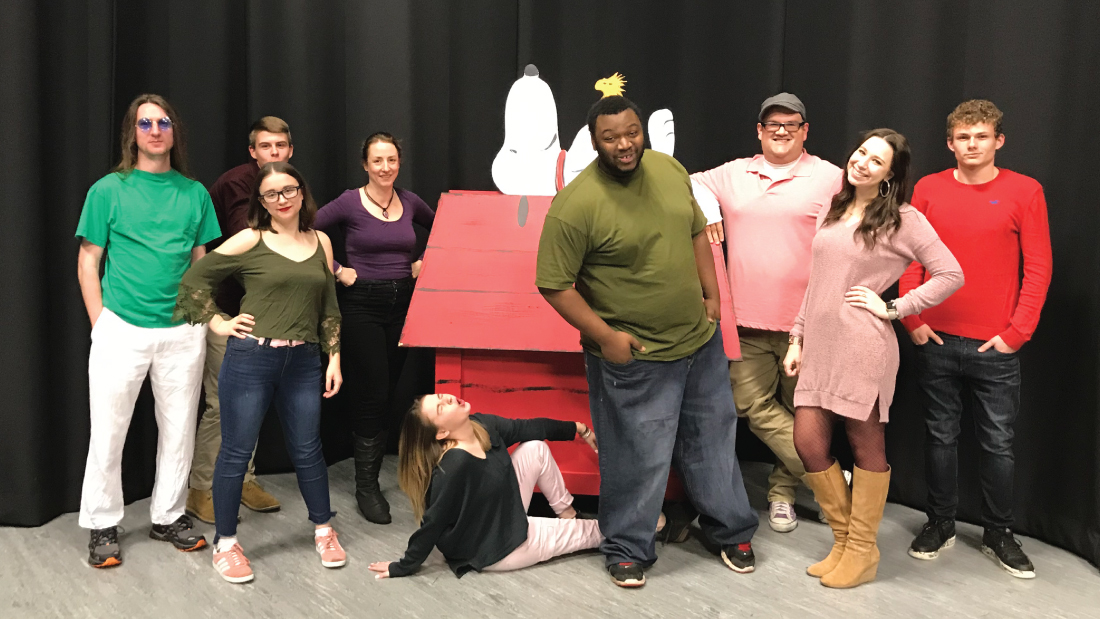