Places, Spaces, and Faces: Our Journey by Aj Smith and Marjorie Williams-Smith 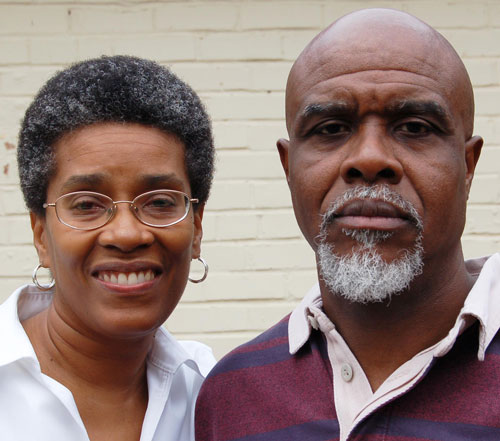 Places, Spaces, and Faces: Our Journey
by Aj Smith and Marjorie Williams-Smith
of Little Rock, Arkansas

Aj and Marjorie began their art journey together in 1978. While the imagery in their artwork manifests a physical difference, the essence of the message remains identical. In their drawings, both artists speak to the serene and spiritual essence of creativity.

This exhibition, Places, Spaces, and Faces addresses Aj’s journey through the Arkansas and Mississippi Delta regions as told through the faces of individuals and the places where they survive incredible odds. Subjects in the drawings live in small towns and relatively isolated rural areas and present a noble and quiet dignity through their presence. They live quiet lives with much to tell and even more to remember – they represent the majestic innocence of our basic humanity.

Marjorie’s journey has been an introspective one. Her drawings have allowed her to find a place of calm and reflection. It offers time for meditation and prayer. When she first started drawing flowers, it was a way to preserve floral gifts given to her by family and friends. Over time she saw the beauty of the forms – the rich tonal qualities, the textured surfaces, and the changes in color. These botanicals began to take on metaphorical significance – a delicate appearance belies strength and conviction; and if one is quiet and still one can connect with spiritual energy and peace.

The Smiths are no strangers to the galleries at SAAC! Mr. Smith recently won Best in Show for his work entitled “Faces of the Delta” in the 2019 SAAC Juried Art Competition.  They were both involved with other artists in a group show called “Collaborations” at SAAC in 2010.  In conjunction with that exhibit, they both taught Arts in August Education Series Workshops. Aj Smith hosted a relief printing workshop which was an opportunity for artists to experience the beginnings of printmaking as done several hundred years ago.  Marjorie Williams-Smith taught a silverpoint drawing workshop, a technique that dates back several hundred years as well.

Aj Smith was born in Jonestown, Mississippi and currently resides in Little Rock, Arkansas where he has his studio, specializing in drawing with additional interests in painting and traditional fine art printmaking processes.

more about the artist ajsmithart.com

Ms. Williams-Smith is Professor Emeritus at the University of Arkansas at Little Rock. She has exhibited her work regionally and nationally. Her work is included in private and public collections including the Arkansas Arts Center Foundation Collection; Evansville Museum of Arts, History, & Science, Evansville, Indiana; the Central Arkansas Library System; the University of Arkansas at Little Rock; the Historic Arkansas Museum, and the Mosaic Templars Cultural Center.

Ms. Williams-Smith has received numerous awards for her artwork and was honored to create art for the United States Mint, which served as the design for the Congressional Medal honoring the “Little Rock Nine.” Most recently she was awarded the Governor’s Arts Award for an Individual Artist.

more about the artist marjoriewilliams-smith.com 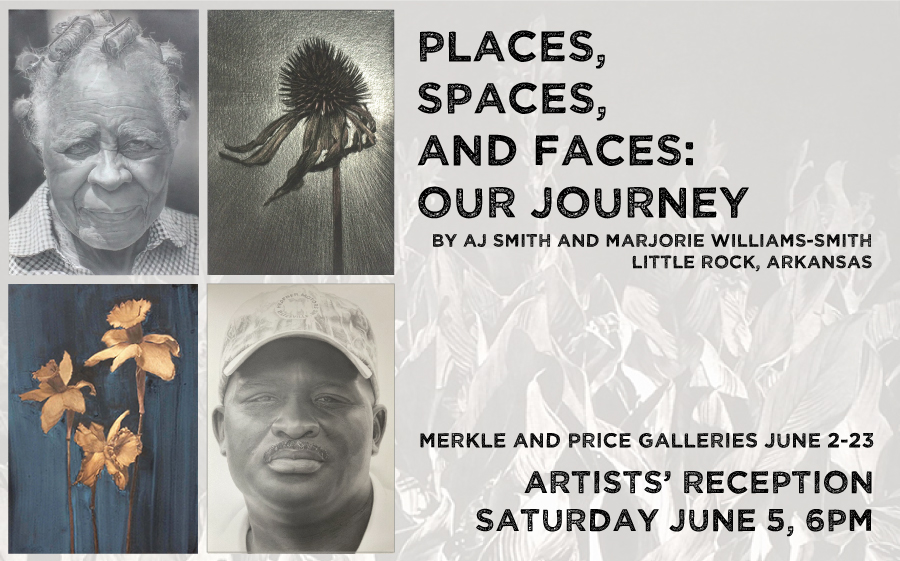