Steel Magnolias – It’s All About the Hair 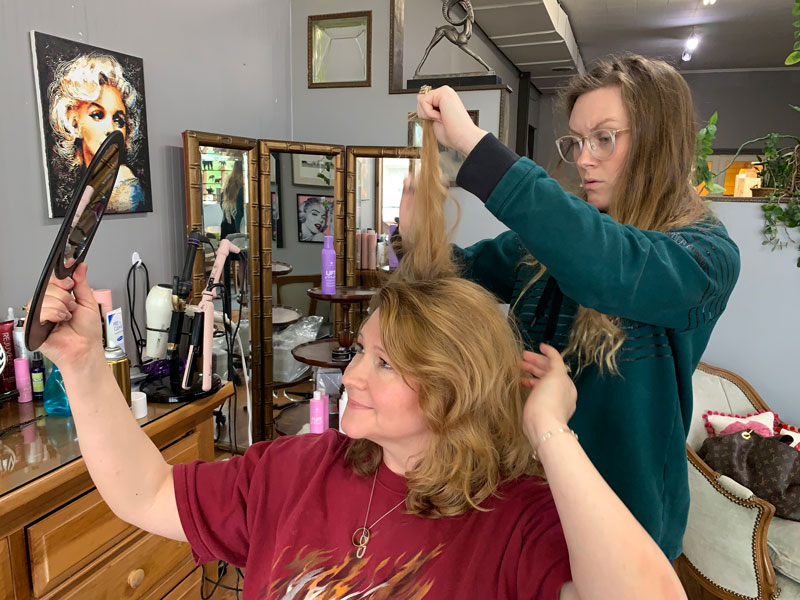 Although the movie Steel Magnolias takes place in many locations in Chinquapin Parish, Louisiana, the entire action of the original stage production takes place in Truvy Jones’ beauty shop. Director Tripp Phillips has committed his cast and crew to realistically creating that beauty shop onstage in the Callaway Theater for South Arkansas Arts Center’s June production.

Phillips said, “Although Steel Magnolias is ultimately and most meaningfully the story of six remarkable women, in a way it’s also about ‘the hair’ – how it looks, how it is styled or colored, how it changes over the course of the play, how the characters and their friends react to it.

“For all of these reasons, getting the beauty details exactly right – from the look of the salon to the props used to the actions performed by Truvy and Annelle to the hair and wigs of the six actresses – is super important for the success of the play,” he continued. To meet this goal, the show’s production team has created a realistic beauty salon stocked with all the items needed for the actresses to do their work.”

Both Truvy, played by Abby Cate, and Annelle, played by Kaila Emery, have to style and/or shampoo the other characters’ hair onstage. The two actresses had several “beauty work sessions” with Marsha Antoon at her Possibilities Salon so that they can do so convincingly. Cate said, “I’m excited that my 80’s hair skills are useful again! On stage, I like to have as many combs, brushes, and other styling tools as I can. Truvy is proud of her skills and appearance, and she stands at the ready to show them off.”

The play is set in four scenes with a time passage of approximately two and half years over the course of the action. The timespan and specific dialogue require special changes in some of the actresses’ hair styles. Annelle Depuy-Desoto, played by Kaila Emery, experiments with several different looks over the course of the play, which will be accomplished through the use of wigs. Lainey Walthall’s character Shelby Eatenton-Lacherie has long hair, styled into full “big hair” glory in the first scene; in Act 2, it has been drastically cut into a short, boyish style; this change obviously requires the use of wigs. Brunette Haley Phillips plays M’Lynn Eatenton; her daughter Shelby refers to her mother’s hair as a “blond football helmet”, and M’Lynn refers the fact that she has some gray hair as well. Haley’s own hair will be cut and colored to accomplish the appropriate look.

Emery commented, “We may make our few new tricks look easy, but beauticians are the real heroes! Make sure you always have a professional manage your mane!” Kati Blanchard and Brandi Lyons are in charge of hair and wig design for the show and have also been training the actors to get them ready for the show. Blanchard said, “Working with the 80’s clips and tools of the time has been so much fun! And all the BIG HAIR – lots of teasing, backcombing, and hairspray!”

Steel Magnolias, sponsored by Murphy USA, will run June 17-20 and June 24-27, with performances at 7:30 Thursdays-Saturdays and at 2:30 on Sundays. All opening night tickets are $20 each. Ticket prices for all other performances are $5/student, $10/SAAC member, $20/general public. The box office is open. 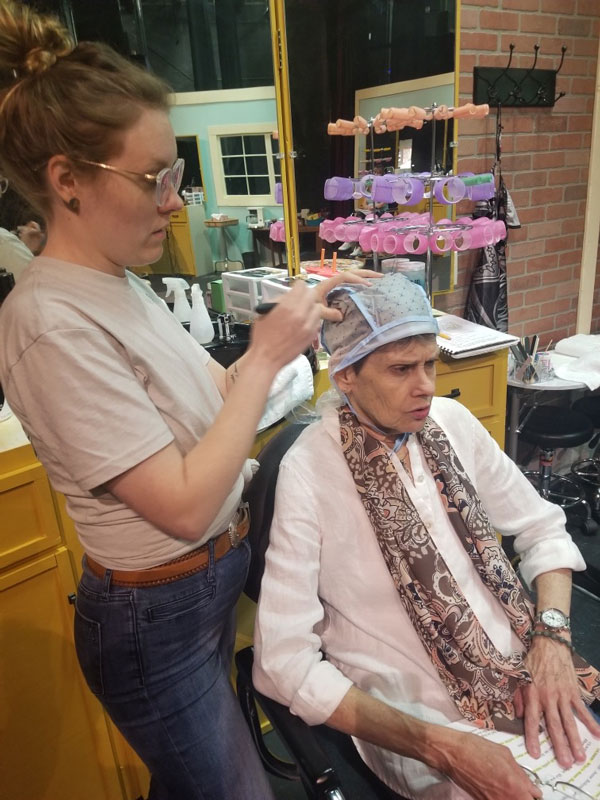 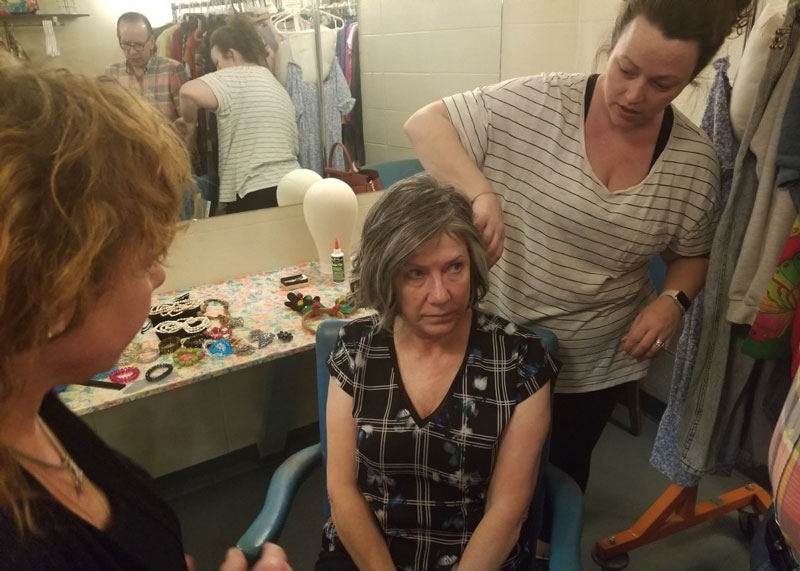 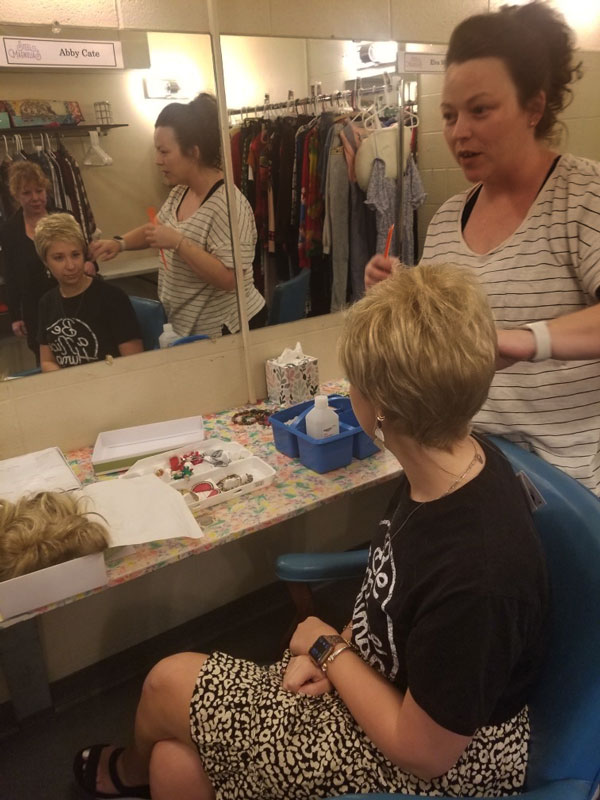 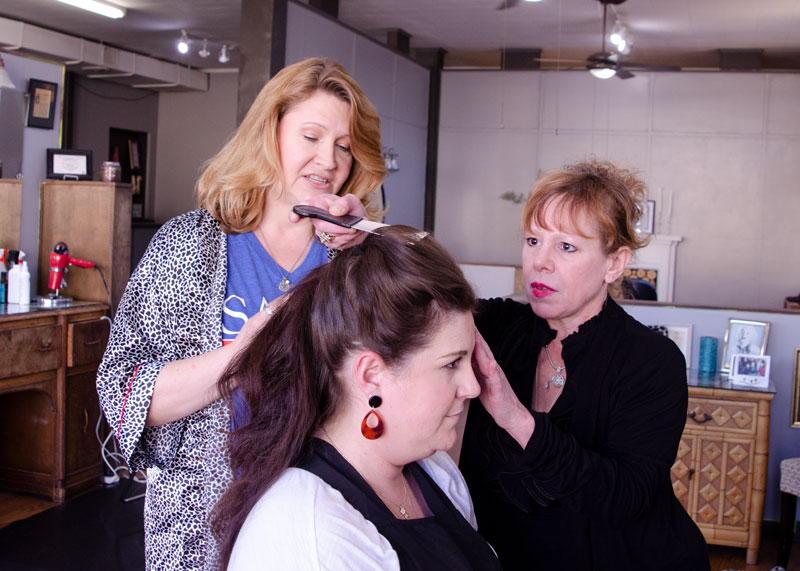 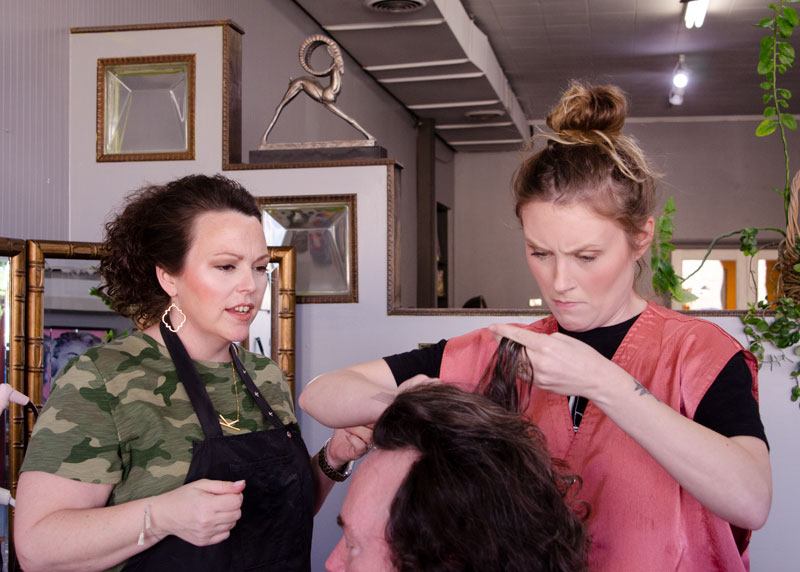