SAAC Kids to Perform as part of Showdown at Sunset 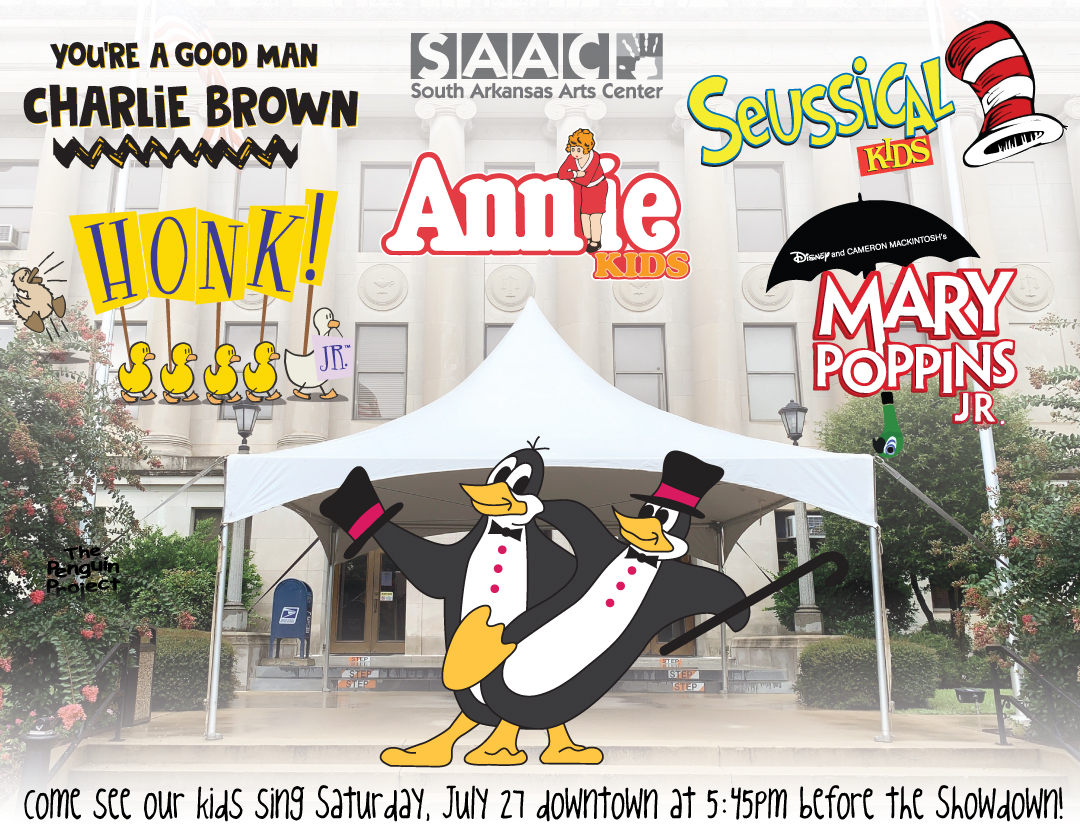 SAAC to feature young performers downtown on Saturday. The program will feature songs from their various different children’s theatrical programming as part of Main Street El Dorado’s “Showdown at Sunset” on the evening of Saturday, July 27. SAAC’s performance will begin at 5:45 p.m. on the steps of the Union County Courthouse.

Throughout the year, SAAC’s children’s Arts Academy offers a wide variety of opportunities for kids of all ages and skill levels to participate in the performing arts, from children’s theatre productions that feature young performers exclusively, to blended programs for performers young and old, to the Penguin Project, which pairs special needs artists with peer mentors. Participants from a cross section of these projects will come together on Saturday to present a program of music and entertainment from the last year of SAAC productions.

From the Penguin Project production of “Honk, Jr.”, Braelynn Allen and her mentor Clay Evers, who jointly portrayed Ugly in the musical retelling of the ugly duckling, will perform their song “Different”. Evers will stick around to perform “My Blanket and Me”, his solo from the spring main stage production of “You’re a Good Man, Charlie Brown”, before rushing off to the evening performance of “The Hunchback of Notre Dame” in SAAC’s Callaway Theatre.

A group of performers from the spring Youth Theatre production of “Annie” will next take the stage, with Maryana Woolen (Annie) and David Valero (Sandy) performing their duet “Tomorrow”, before the whole crew jumps in for “Hard Knock Life”. The cast of H.E.A.R.T. Homeschool’s production of “Mary Poppins” will take the stage with Bekah Gunter (Mary Poppins) performing “Feed the Birds” and the cast singing “Supercalifragilisticexpialidocious”.

Finally, the Penguin Project players will perform “Oh, the Thinks You Can Think” from their upcoming production of “Seussical KIDS”. They will be joined by special guest Charley Hankins, who played Horton himself in SAAC’s 2011 summer musical. 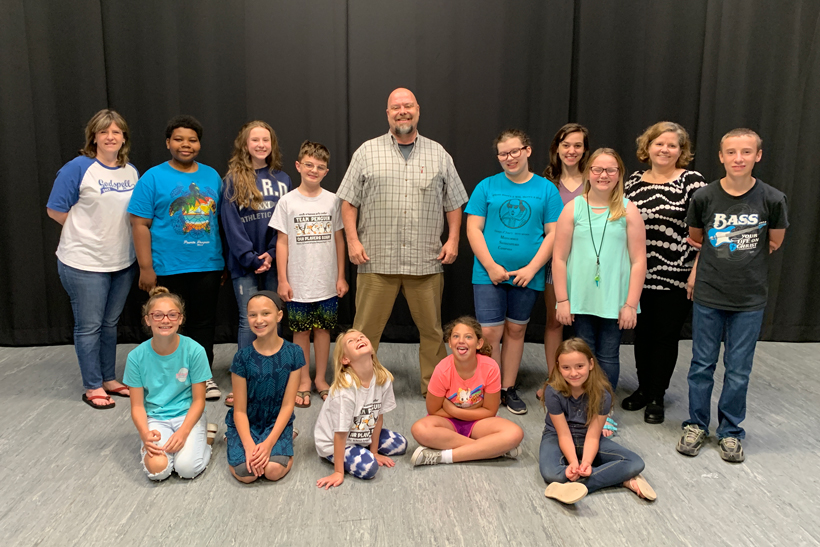