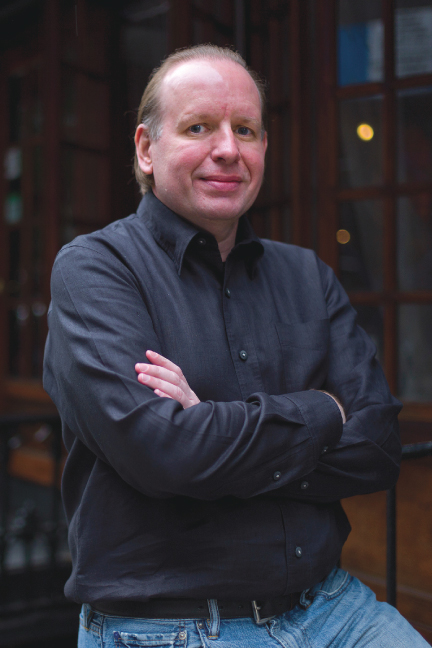 SAAC welcomes El Dorado native and Broadway professional Tripp Phillips as the visiting director for “Steel Magnolias,” the first production of their 2021-2022 season. A New York-based production stage manager and assistant director with an abundance of shows to his credit, Phillips was first introduced to the theatre as a child at SAAC, and he is enthusiastic about this chance to reconnect with his roots.

“I knew at ten years old that theatre was what I wanted to do with my life,” said Phillips, “and I am one of those lucky people who got to do it. But I never would have known that without the arts center.”

Raised in El Dorado, Phillips began his theatre work as a child actor and then a young director at SAAC, first appearing in a 1971 production of “The Wizard of Oz” as the Mayor of Munchkins. Over the next decade, he was instrumental in nearly 40 productions on the SAAC stage, appearing as an actor, designing and building sets, working behind the scenes, and stage managing. His first directing credit was for a children’s production, “The Ugly Duckling,” in 1976, and he continued directing shows through the early 1980s, including summer musicals “My Fair Lady” and “Funny Girl.”

Phillips holds a B.A. in Theatre from Centenary College of Louisiana and an M.F.A. in Directing from the University of Mississippi, from which he graduated with honors in 1986. From 1986 to 1994, before beginning his work on Broadway, he was the Artistic/Managing Director of the York Little Theatre in York, Pennsylvania, an acclaimed and successful community theatre. With Broadway credits including “Plaza Suite,” “All My Sons,” “Carousel,” “War Paint,” “42nd Street,” “Finian’s Rainbow,” “Pal Joey,” “The King and I,” and “How to Succeed in Business Without Really Trying,” Phillips has worked on a diverse and exciting range of shows, as well as national tours, off-Broadway, and regional theatre productions.

When the COVID-19 pandemic caused the shutdown of the live theatre industry, including Broadway, Phillips saw an opportunity to spend some time with his family in El Dorado. As he looks toward returning to New York in the late summer, he is excited to have the time to return to his home stage at SAAC as the director of the upcoming production of “Steel Magnolias,” which debuts SAAC’s 2021-2022 season and marks the first full-scale production since the pandemic began.

“‘Steel Magnolias’ is a story about love and resilience,” said Phillips, “which I think is very appropriate right now. It’s a much-loved ensemble show, shared by the six remarkable women who tell the enduring story, and I think it’s a great way to welcome audiences back to the world of live theatre.”

Steel Magnolias is sponsored by Murphy USA and will run June 17-25, with auditions scheduled for April 26 and 29. Phillips has prepared audition materials and suggested readings, which are available on the Audition Page.

“Steel Magnolias is a remarkable play – a wonderful combination of comedy and drama (like life itself) – that offers rich and rewarding roles for six gifted actresses. There is a wide range of roles that gives actresses of all sorts great, nuanced, and very fun parts to play. One of the joys of producing and mounting the play is to dig deep into the wonderfully rich material that playwright Robert Harling has provided. In a nice bit of symmetry, the play calls for two younger women (late teens to late 20s), two middle-aged (late 40s to late 50s) and two seniors (who need to be believable as age 70ish ladies). We are looking for strong, enthusiastic actresses to embody these six wonderful roles. It’s always a pleasure and a joy to welcome new faces to the stage of the SAAC and anyone in the area who is interested in auditioning is heartily encouraged to do so!” – Tripp Phillips