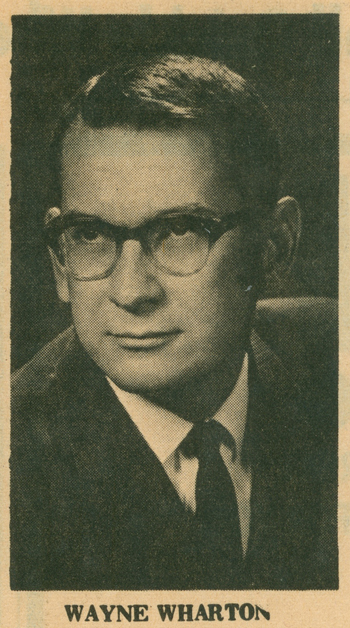 SAAC is launching their 2020 visual art season by celebrating the legacy of one of their most respected founders, the late watercolorist Wayne Wharton. Wharton, who didn’t begin painting until later in life, served as the third president of the SAAC board of directors in 1968 and was an enthusiastic supporter and patron of the arts in El Dorado. The exhibit, curated by his son Richard and artist Gay Bechtelheimer, will include works from throughout his career and will be on display January 4-31, 2020, with an opening reception on Saturday, January 4 at 6:30 p.m.

“Mr. Wharton’s work is the pinnacle of the best in watercolor,” said Bechtelheimer. “He was a master, with an elegant simplicity that requires unique skill to achieve. It will be a stunning exhibition and a spectacular beginning for 2020 at the South Arkansas Arts Center.”

Wharton, a native of Texas, began his career in journalism after earning a degree from Baylor University in 1948. After several years in the newsroom, he moved to El Dorado in 1953 to work as the head of advertising and sales promotion at Lion Oil. He and his wife, Frances, were very active in the El Dorado community, and he spent many hours leading extra-curricular activities for his sons, Richard and Jim. From fishing expeditions to boy scout troops, Wharton made it his mission to be a part of whatever his boys were interested in.

That mission changed the course of his life when Richard began taking art with Betty Norman after school at what was then called the “El Dorado Fine Arts Center”. Wharton began to experiment with Richard’s tempera paints and created his first painting, a rendering of Puff the Magic Dragon for Richard and Jim.

“Growing up in Texas, my dad really taught himself to have an appreciation for classical music and art, even though his family had nothing,” said Richard. “And as a journalist and a traveler, he loved photography. But when he started painting he just immediately took to it, and it brought something to his life that he needed.”

Once Wharton started painting, it was difficult to get him to stop, as he studied voraciously with artists including Naomi Brotherton, Doug Walton, and Jorge Villegas. He and his family also became deeply involved with the founding and operations of the SAAC, with Wharton serving on the board of directors and as president, Frances serving in the SAAC Auxiliary and the SAAC Lunch, and Richard and Jim enrolled in the first children’s art and drama classes offered.

Wharton’s watercolors, both technically precise and exquisitely beautiful, were painted from sketches, photographs, memory, or a combination, with the artist taking liberties with color and composition to suit his mood. His work garnered much praise during his lifetime, including the top prize in the Arkansas Arts Center Arts Festival show in 1968 and 1972. He had a solo exhibition at SAAC in 1972, as well as a joint exhibition with Richard in 1985, and won first place in the SAAC juried art competition in the next year.

“He had an ongoing influence on my own work,” said Richard, whose artistic beginnings led him to a lifelong career in architecture and design. “He taught me how to set up perspective, and how to do watercolor washes, but I never had his artistic touch.”

In the retrospective exhibit, Richard and Bechtelheimer have assembled a group of works from private and family collections, including watercolors, pencil and charcoal sketches, and one wood carving. One painting, “Smokey Mountains”, will be donated to SAAC’s permanent collection at the close of the exhibit, and twenty pieces have been selected by the Wharton family to be offered for sale. All proceeds from artwork sold will benefit the South Arkansas Arts Center.

“The arts center was so important to dad, and helping to get it started,” said Richard. “It meant everything to him, so it seemed appropriate to use his work to benefit SAAC in this way.” 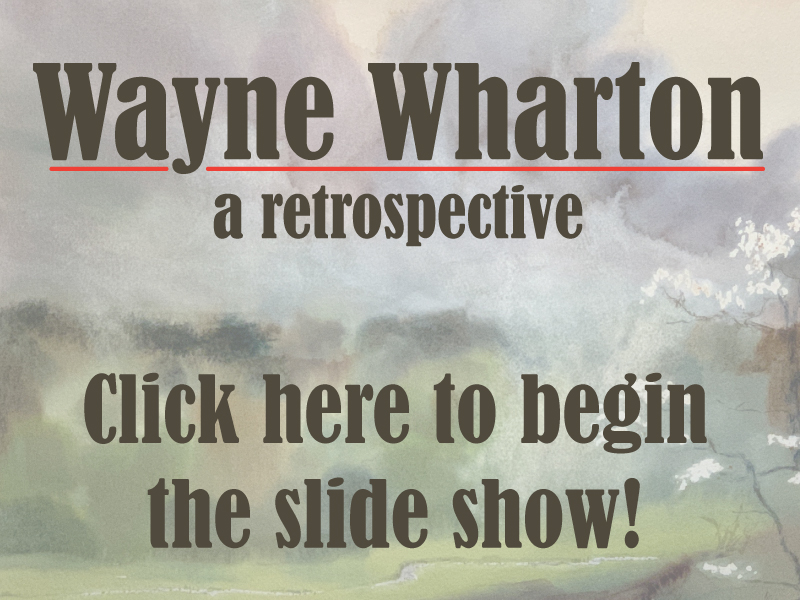 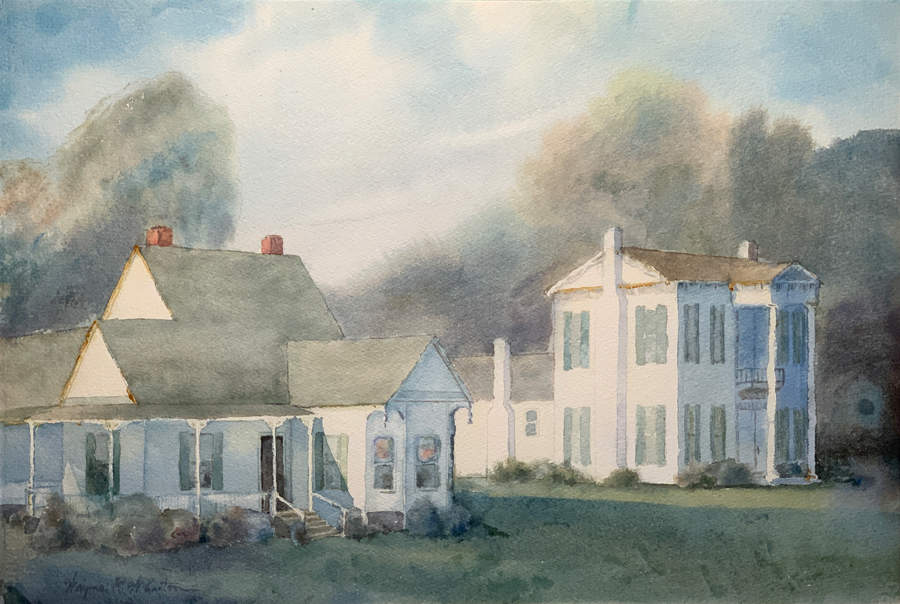 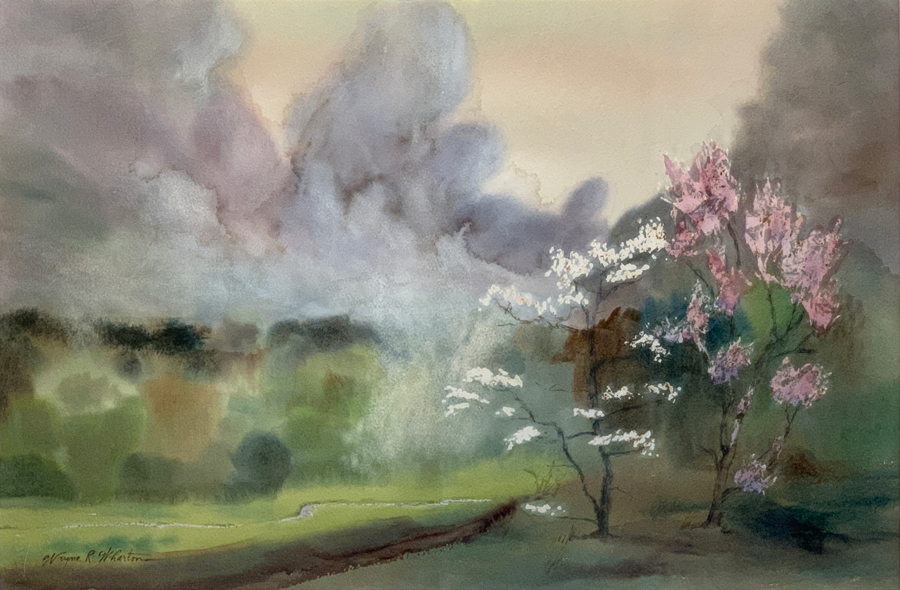 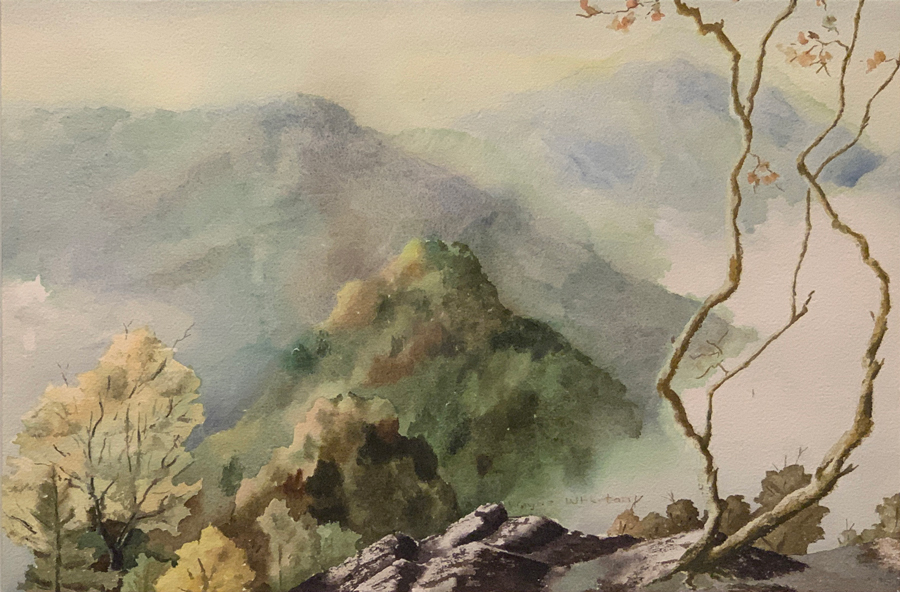 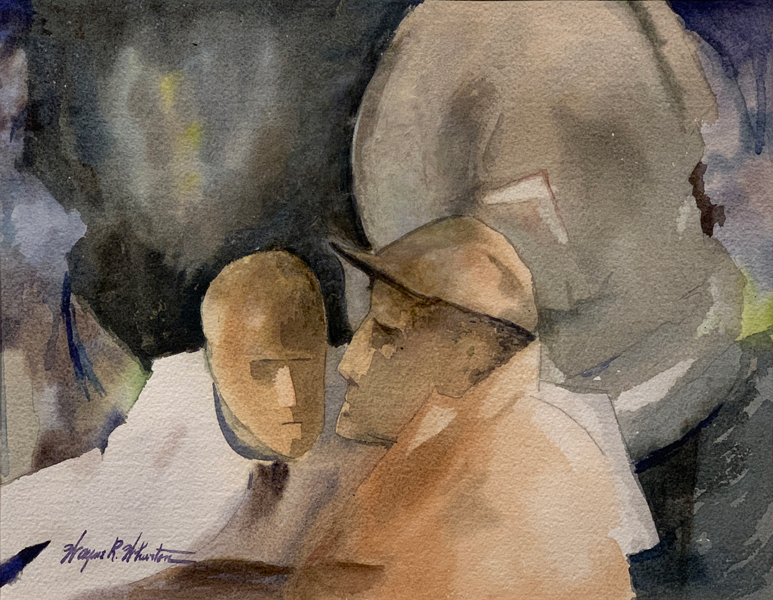 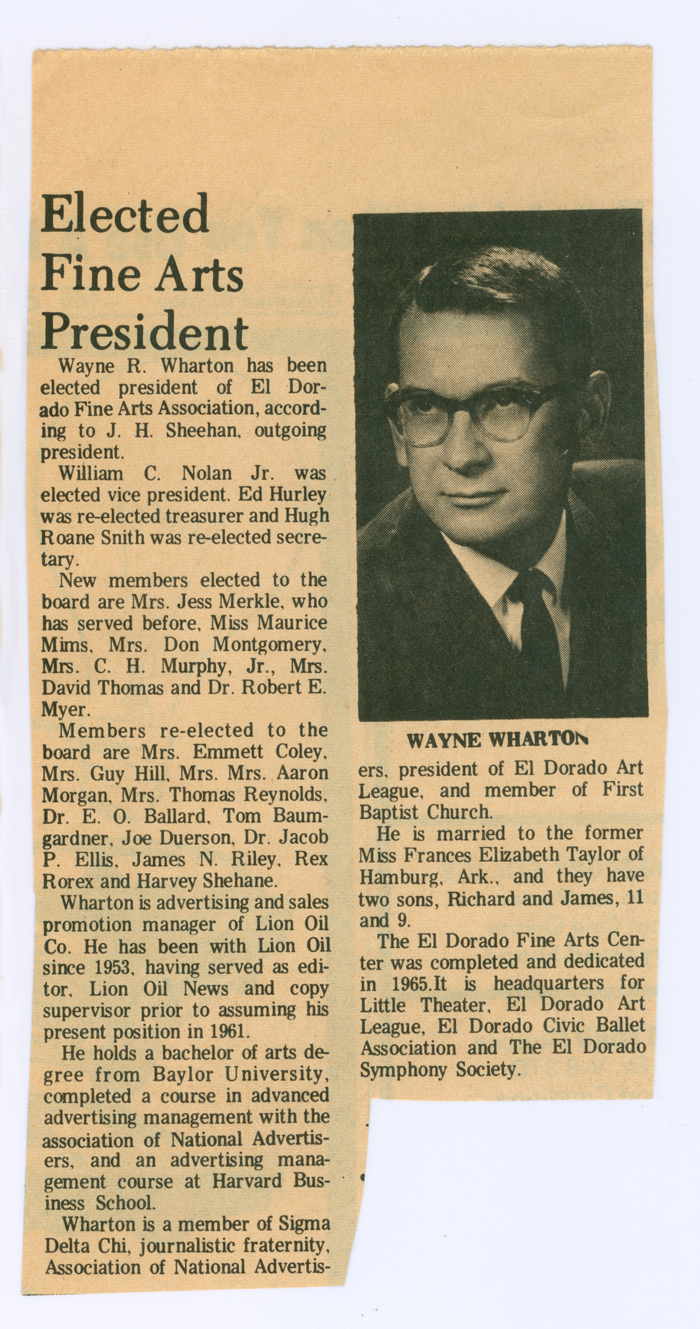 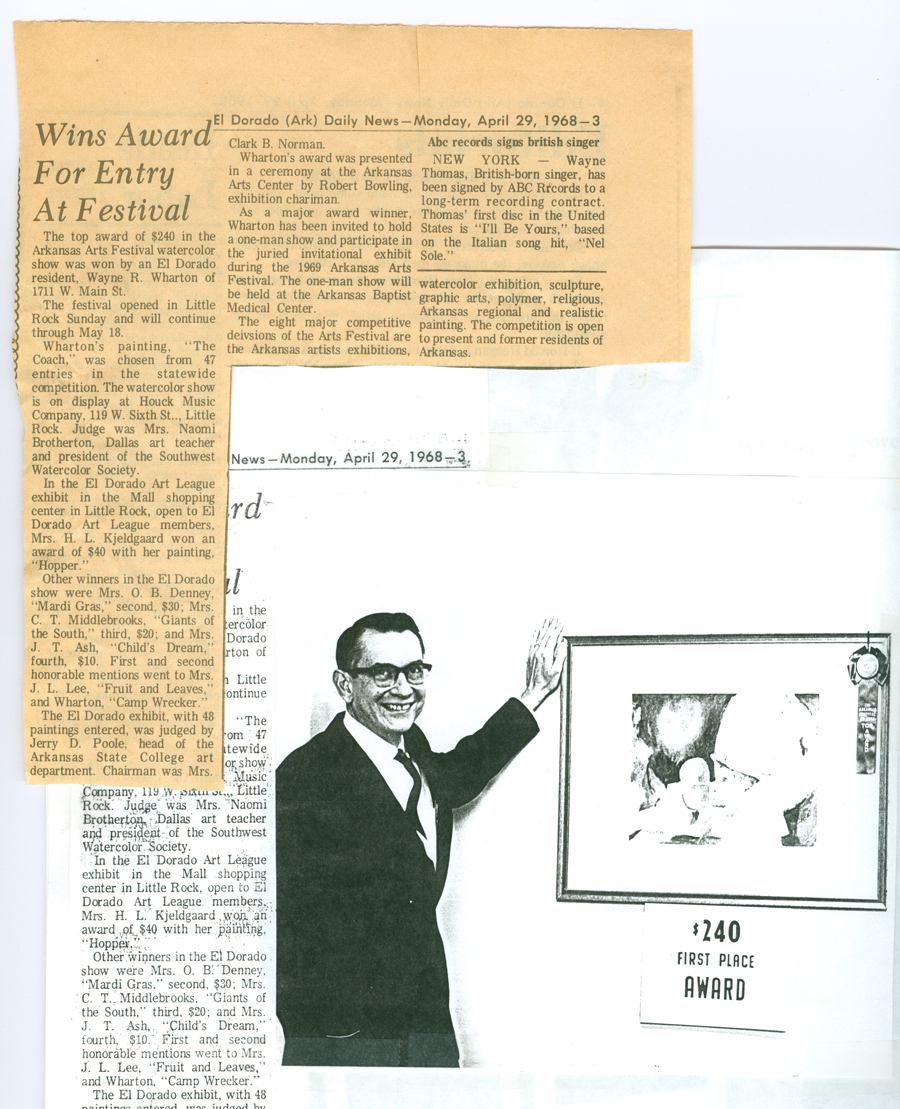 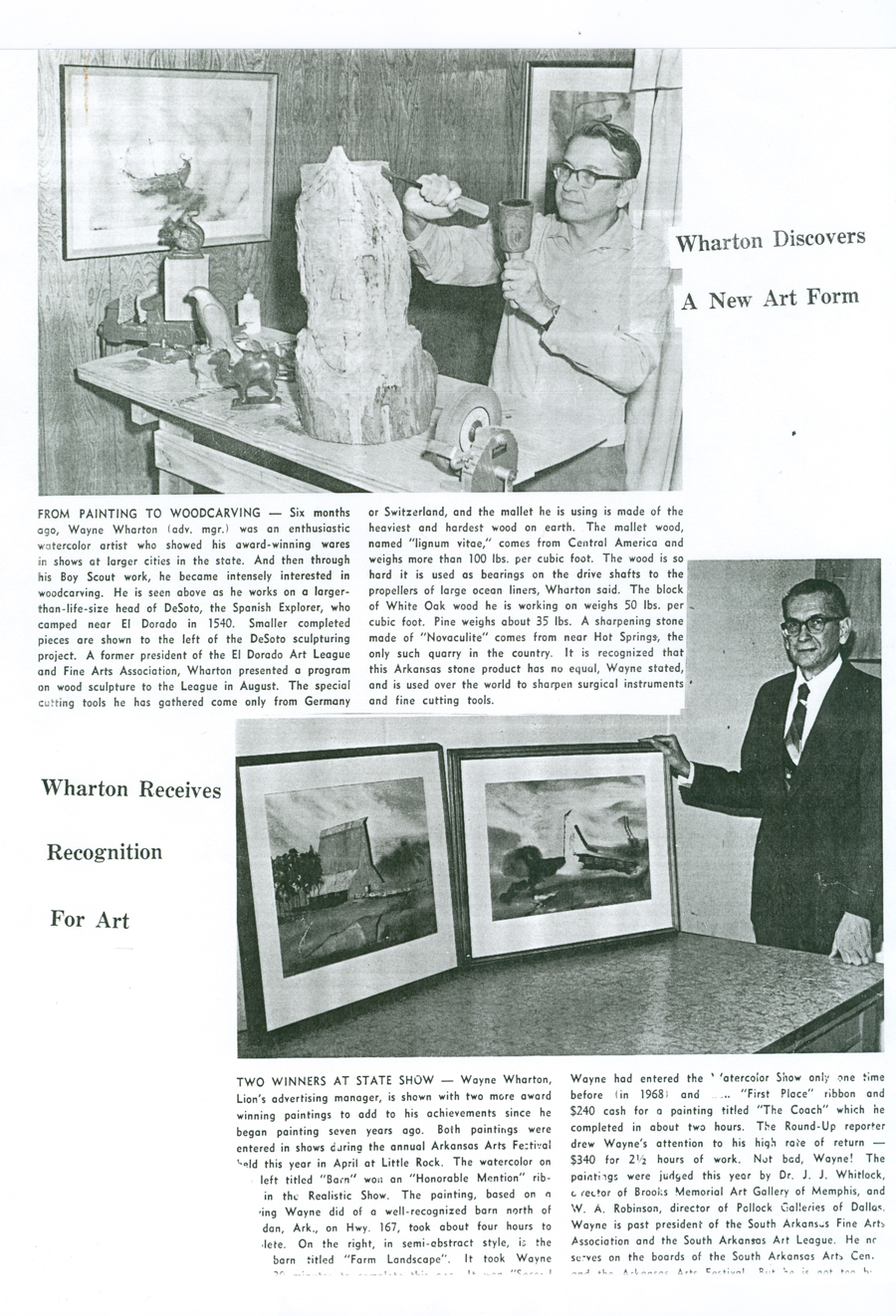 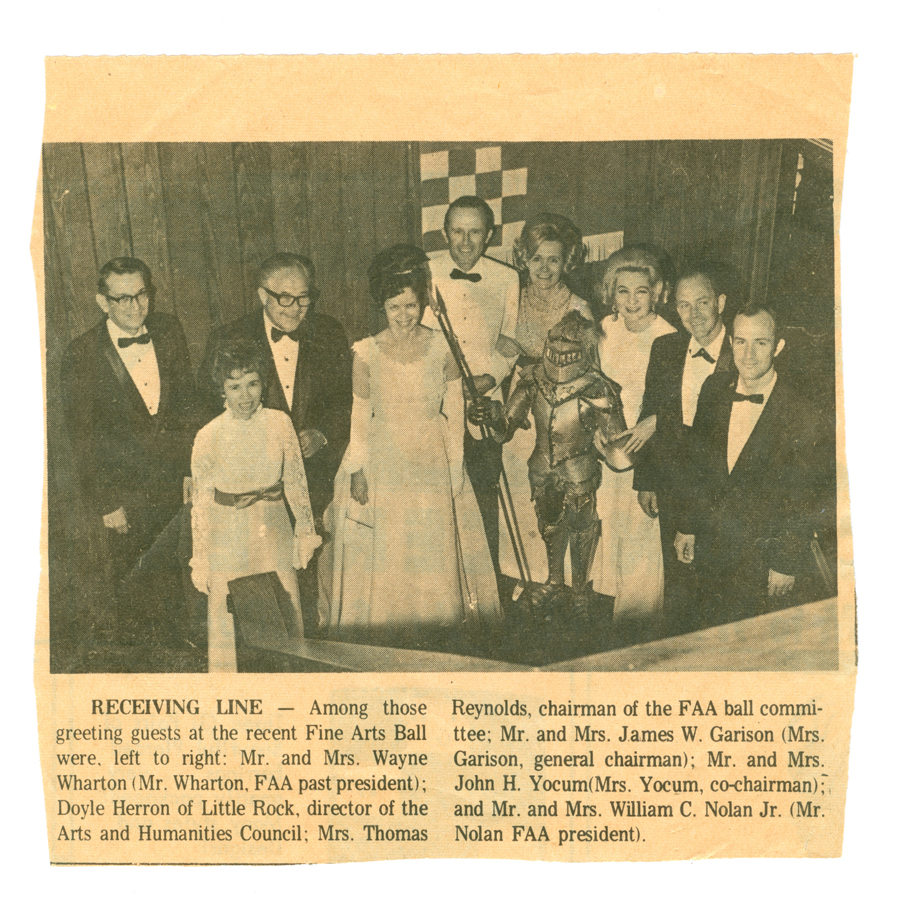 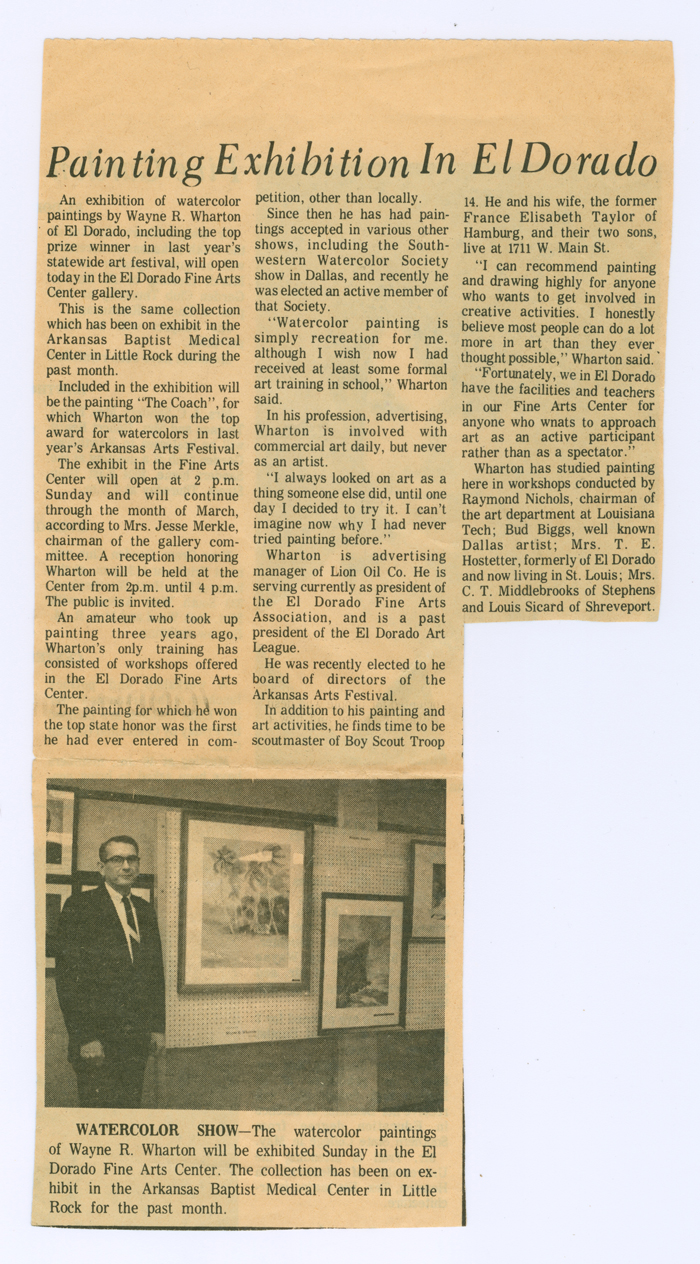