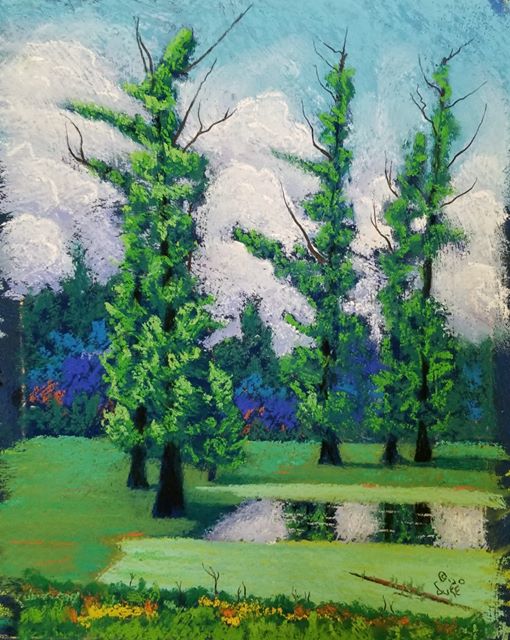 Known as “Duke” to friends and associates, John Wesley Good was born in Arkansas on October 3, 1951. The inception of his art career can be traced to a high school English assignment which required a book report. As fate would have it, Good chose Irving Stone’s “Lust For Life”, the biography of painter Vincent Van Gogh. So moved was Duke by the stirring account of the artist’s life that after spending twenty years as a musician, Duke returned to his first love and has been painting every since.

“I didn’t think I could do it”, says Good. “I thought art was something that was there or not, I had no idea that the ability to draw and paint could be learned.”

Good entered college in 1989 as a history major. He also enrolled in an art course, freehand drawing, to see if he had what it takes to become a serious artist. He took one art course a semester for three semesters, and with 90 hours as a history major, changed over to the art program. Good now holds three art degrees including the Master of Fine Arts degree from the University of Memphis.

Artist’s Statement
“I have been involved in the objectification of my thoughts and feelings since about the age of thirteen, at first musically, and now visually. My work is a reflection of my love and appreciation of places on the earth which, by simply being there, have made me feel better about myself and the world in general. Just as songwriters write songs which tell about feelings or tell stories about their lives, my artwork is a chronicle of all those aspects of my life which I deem worthy of holding on to.”