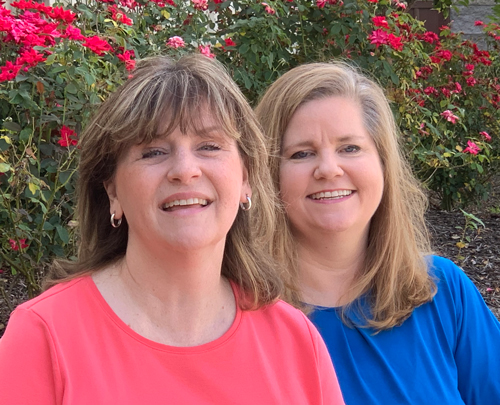 Lynn Gunter, who has directed many shows on the SAAC stage, will serve as director for this special project, along with Cassie Hickman, who has worked with SAAC as well, as music director for South Arkansas Arts Center’s Penguin Project production of “Seussical KIDS”.

“I love working with children,” Gunter said. “They are capable of great quality theatre when they are encouraged, instructed, pushed, stretched, and held accountable. Through that process, seeing a child rise up to the potential they know they have and seeing the pride they hold in their eyes from such hard work motivates me to work hard for them. It is my strong desire to give young people opportunities to perform in safe surroundings, both in content and influence. Penguin Project fits right in with that goal.”

Gunter is a resident of Huttig, where her husband is pastor of Huttig First Baptist Church. She is also the K4-12th Grade music teacher for WSCS. Her favorite productions that she has directed have been “Alice in Wonderland, JR” (2015) with the local homeschool group, “Fiddler on the Roof” (2017) and “The Crucible” (2016) with the SAAC Teen Drama Club, and “Bible Truths with Dr. Seuss” (2018) at WSCS. She also directed the recent productions of “Honk, JR” and “Midsummer’s Nights Dream”. Gunter has a BA in Speech Communications, traveled the Tri-State and national collegiate circuit in forensics and debate, and has directed 8 productions on the SAAC stage, 4 productions at Westside Christian School, and countless VBS productions in various churches.

Hickman has been involved at SAAC for years, also, having been the music director for many of the area home school productions, including “Alice In Wonderland”, “Into The Woods”, “Godspell”, “Fiddler on the Roof” and “Music Man”. Hickman had two years’ experience in theatre in high school and some in college, as well, and also led the musical part of worship services for Cross Life Church for 5 years. She has a 15 year old daughter who is interested in drama, and that is what brought Hickman back to the theatre. “I love to see the kids ‘get’ the music”, she said, “and be able to give it back to the audience so they ‘get it’, too.”

“Who doesn’t love Dr. Seuss?” said Hickman. “Add in some great music, some special needs artists and mentors…who wouldn’t want to be involved? This fall, SAAC is teaming up again with the Penguin Project to put on “Seussical, KIDS”. We are looking for special needs artists between the ages of 8-18 who would love their chance to shine as well as mentors who would love to bring out the best in others. We need you! Come join the fun this fall!”

The Penguin Project is a unique opportunity for children with special needs to perform in a live stage production in front of an audience. Through targeted outreach, special needs children are recruited as artists and cast in the production, from starring roles to ensemble. Each special-needs artist is paired with a mentor of similar age, who guides them through the production from start to finish, helping them learn lines, dances, songs, and blocking. The children operate as a pair throughout the entire process and appear on stage together, resulting in a full theatrical performance, with costumes, sets, and music.