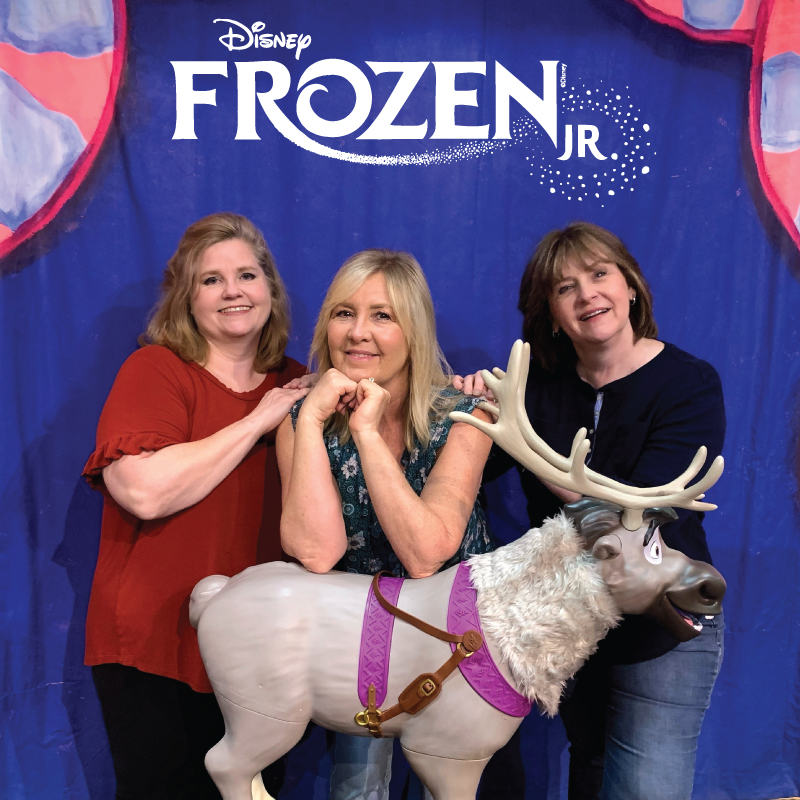 The fall Drama Club production is… drum roll, please… “Disney’s Frozen JR.”! Disney’s worldwide phenomenon is taking the SAAC stage by (snow) storm! The enchanting modern classic from Disney, “Frozen JR.” is based on the 2018 Broadway musical, and brings Elsa, Anna, and the magical land of Arendelle to life, onstage. The show features all of the memorable songs from the animated film, plus five new songs written for the Broadway production. With a cast of beloved characters and loaded with magic, adventure, and plenty of humor, “Frozen JR.” is sure to thaw even the coldest heart!

Lynn Gunter is the instructor for SAAC Drama Club classes and an English teacher at El Dorado High School. Over the last 9 years, she has directed over 20 productions, mostly on the SAAC stage including “Fiddler on the Roof” and “Seussical the Musical.” Gunter is a resident of Huttig, where her husband is pastor of Huttig First Baptist Church. Gunter has a BA in Speech Communications and has traveled the Tri-State and national collegiate circuit in forensics and debate.

“SAAC Drama Club will bring snow and ice to the SAAC stage with Disney’s ‘Frozen, JR.” This is a fan favorite fairytale of a Snow Queen who cannot control her powers and the sister she tried to keep safe from them. On this journey we learn about true love, the power of letting go of fear, and the simplicity of a hug,” said Gunter.

Cassie Hickman is a homeschool mom of two, as well as a homemaker. She has been the music director for countless productions on the SAAC stage, as well as teaching drama and music class for preschoolers. Hickman’s first show on the SAAC stage was a homeschool production of “Alice in Wonderland” in 2015. Since then, she has been the music director for many additional homeschool shows, as well as for two Penguin Projects, Youth Theatre projects, and Drama Club productions. Cassie has most recently been on stage in SAAC’s Summer Musical production of “Mamma Mia!” in the role of Rosie.

“The excitement is building with the fact that Frozen is finally getting on the stage after a two year wait,” said Cassie. “This play will bring delight to everyone from the young to the old. Be honest, whenever anyones hears, ‘Let It Go!’ play, they automatically start singing along.”

Kathy Nielsen, a California transplant, is a local entrepreneur with a BS in Marketing from Cal State Sacramento. She created and single handedly runs FarmGirl, an artistic, furniture refurbishing business, It includes handmade jewelry, signs, vintage and antique finds. FarmGirl is located at Main St Antiques, Everybody’s Antiques and Speckled Rooster. When not covered in paint & perspiration, she scours Arkansas to find all things vintage and to bring the wonderful farmhouse, shabby, mid century looks to Union County. She also loves working with children and has spent the last 20 years creating programs, directing and serving in Awanas, VBS, The Spot at IBC and Calvary Chapel in California, homeschooling her daughter Ashley (SAAC enthusiast and artist) and was the Assistant Director of Penguin Project Seussical. “I am looking forward with great excitement to being back in the theater creating magic with Lynn & Cassie in Disney’s Frozen, Jr.,” said Kathy.

Disney’s “Frozen JR.” is presented through special arrangement with Music Theatre International (MTI). For more information on this exciting and “fun for your kid” production call SAAC at 870-862-5474. 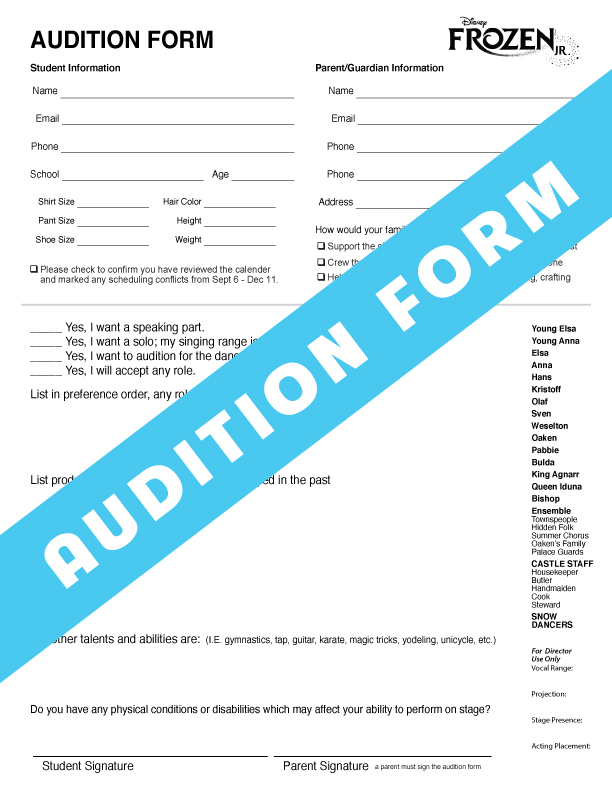 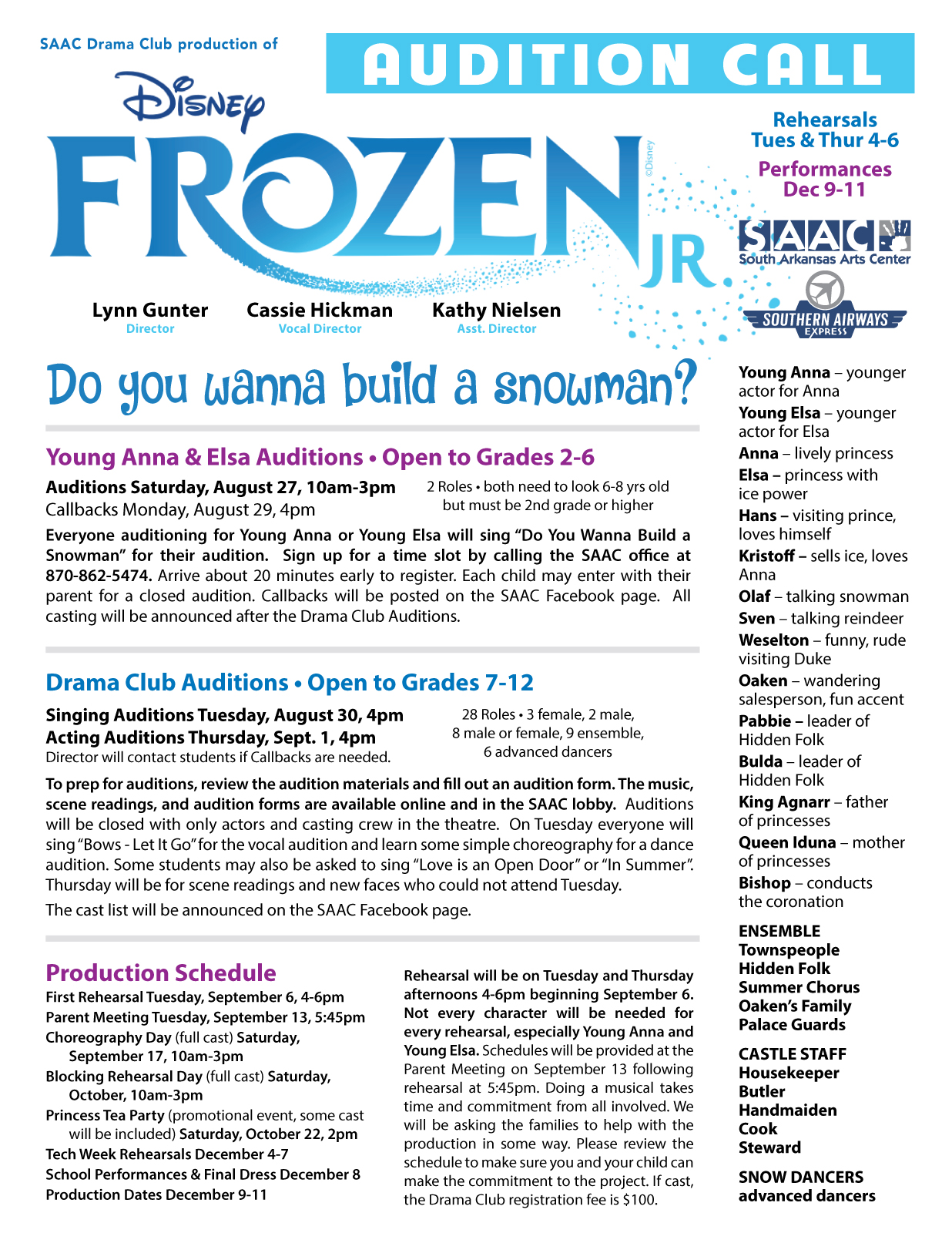 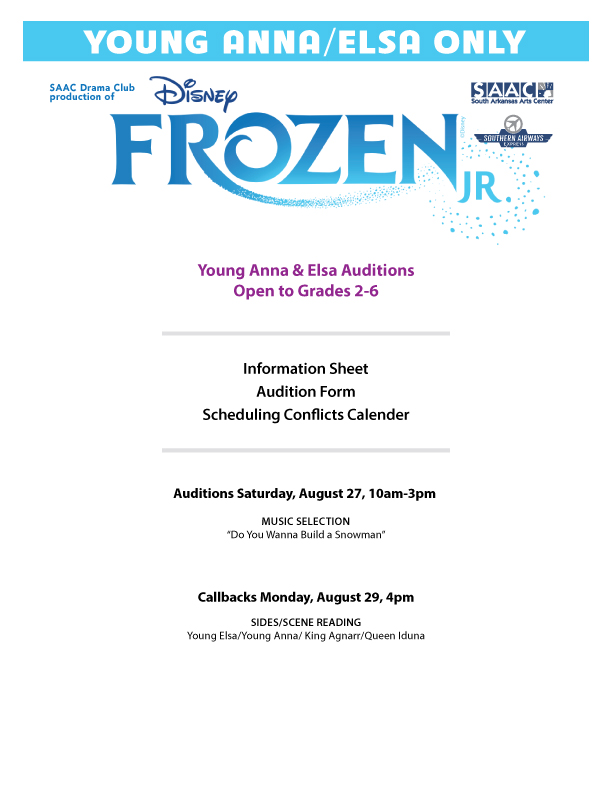 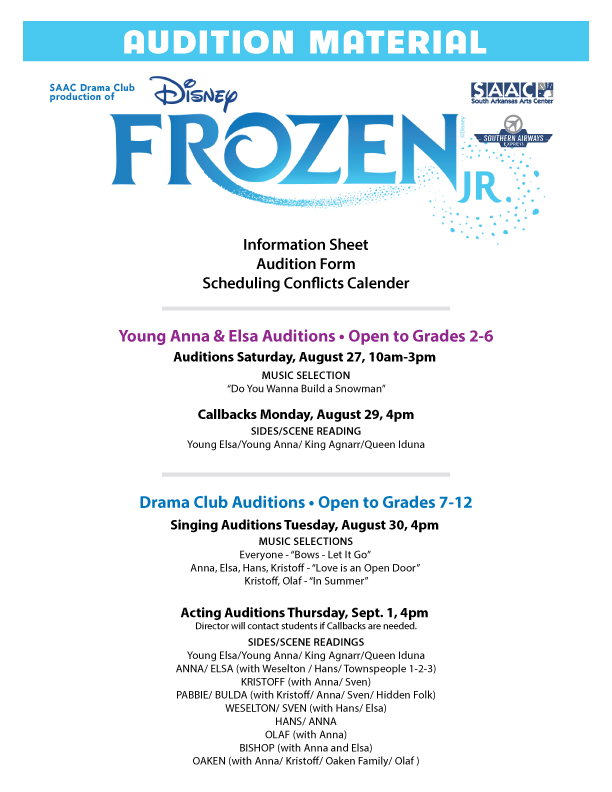 The Information Sheet and Audition Form is included in both packs. The Young Anna and Elsa pack is for students grades 2-6 and the Full Audition Material pack is for Drama Club students grades 7-12 which includes sides/scene readings for character roles and all the sheet music. 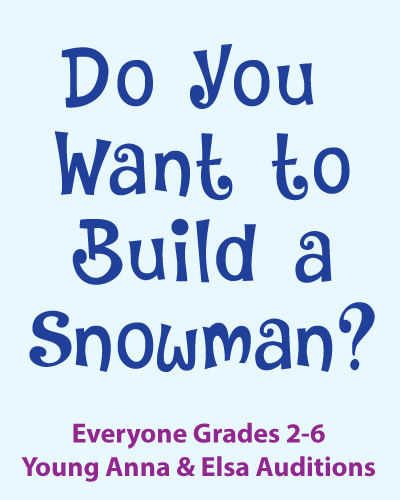 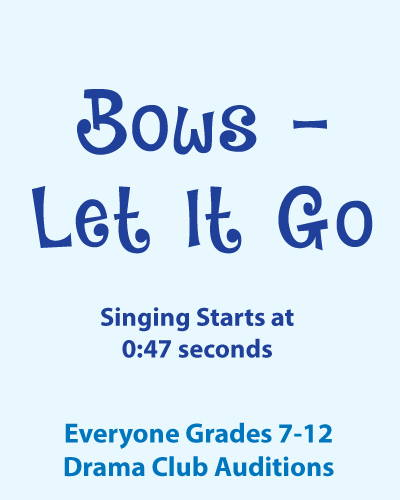 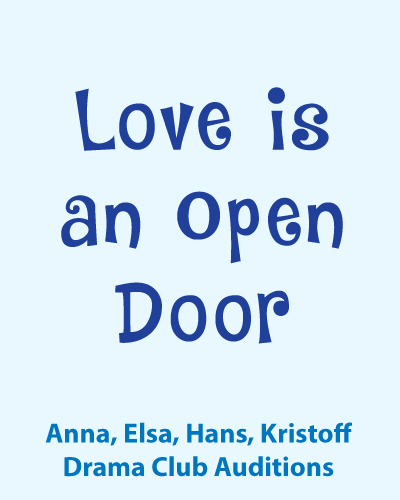 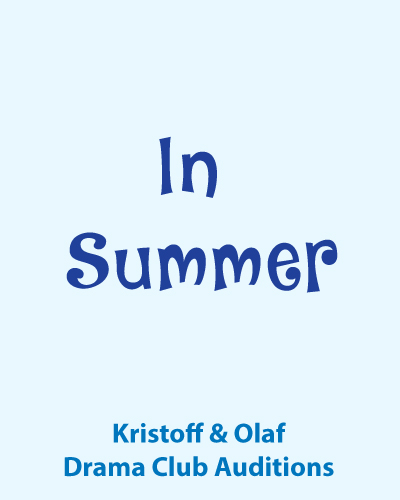