Visiting Costumer for “Singin’ in the Rain” • Robin Townsend 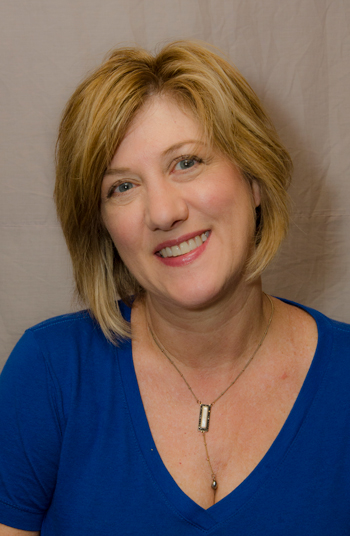 Most people have no idea how many people it takes to pull off a summer musical at SAAC. It takes a village, as they say. So many volunteers and paid professionals come together with their time and talents to bring a show to fruition. This summer’s musical, “Singin’ in the Rain”, sponsored by Murphy USA, is no different in that aspect.

Director Lisa Newton hails from Texarkana and has brought in a costumer that she has worked with many times to create the show’s wardrobe look. Her friend, Robin Townsend, from Texarkana as well, has many years’ experience in making costumes for the stage and obviously enjoys the process.

Robin began making costumes about 10 years ago when her then fifteen year old daughter was cast in “Fiddler on the Roof”. She volunteered to help with costumes since she’d been sewing her whole life, and has been highly involved in costuming theater productions since, including “The Sound of Music”, “Annie”, “A Christmas Carol” and “Joseph and the Technicolor Dreamcoat”. She also started sewing for her town’s Renaissance Fair and collected a ton of costumes through that process. She realized she could rework them and use them for school’s projects and community theatre stage productions.

Robin is particularly interested in making the costumes for “Singin’ in the Rain’s” character, Lina Lamont. Lina is a silent film actress who failed to make the transition to talkies and is in love with the male lead, Don, who doesn’t really reciprocate the feelings. Her costumes show the progression of her character’s personality throughout the show, from sweetness and light to jealous and unhappy. “Her costumes run the gamut from light and bright in the beginning as she seems like a wonderful person to dark throughout the show and even black at the end, as she shows her true self,” she said.

Robin said, “We like to repurpose vintage or even new clothing or things from the costume closet, instead of sewing these costumes from scratch. Most productions have very small budgets and making things from scratch is so much more expensive. The director picks a palette for the show and we work within that choice to make everything look professional and cohesive. I really enjoy Lisa’s creative process. She is very good at having a vision for the show and we collaborate on everything.”

Lisa is always so impressed with Robin’s work and said,” Robin is really a ‘costume artist’. She gets the whole vision for the production and will not stop until everything is done perfectly. She is amazing!”

Many volunteers have helped to make the costuming for “Singin’ in the Rain” a success, including Mary Egerer, Susan Smith, Mikki Patterson and Lily Phillips. SAAC thanks these volunteers for their devotion to the theater and their many hours of work. 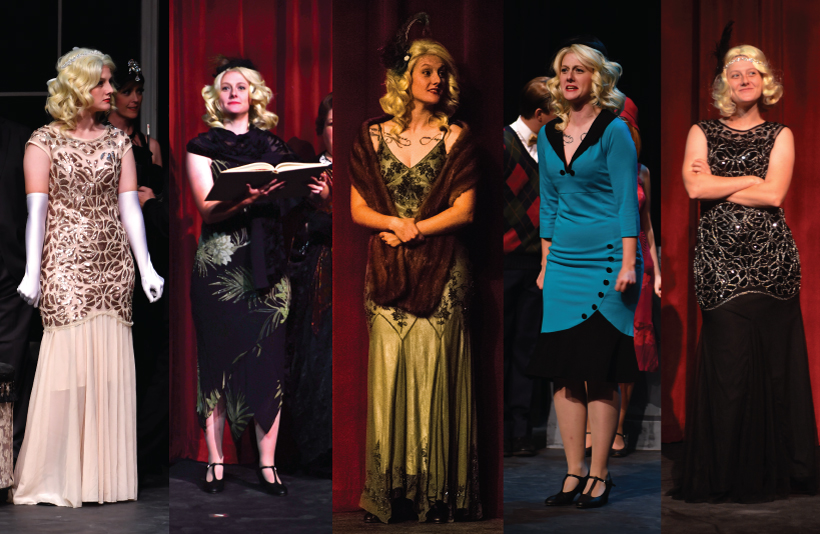 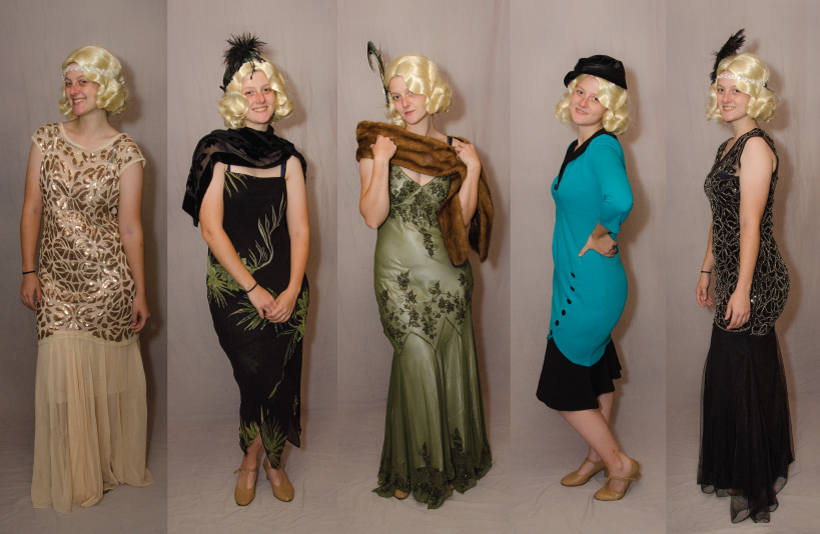